Our hearts go out to #MH370 family

Salam,
As has been announced by the Prime Minister Dato' Najib Tun Razak today, flight MH370 that has gone missing in the early hours of 8th March 2014, en route to Beijing, has been assumed to have ended in the South Indian Ocean according to the Imersat & AAIB data from UK.
May Allah bless them, the 239 passengers & crews of MH370 who has been presumed perished in the tragedy.
A million thanks to the Search & Rescue team from all over the country.
This is a difficult time for our country & the international community alike.
Innalillahi wainnailaihirajiun.
From Him we came from, and to Him we shall return.
Our deepest condolences from draisyahafiz.com. 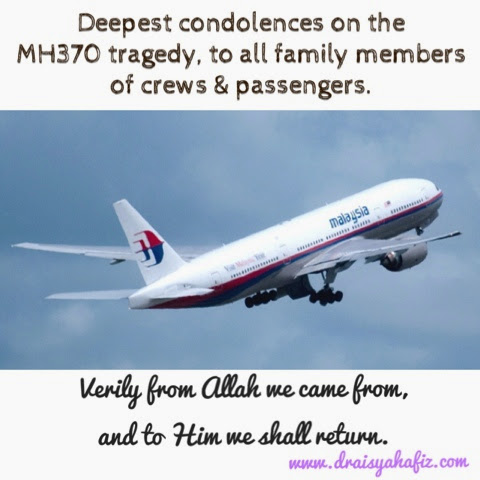 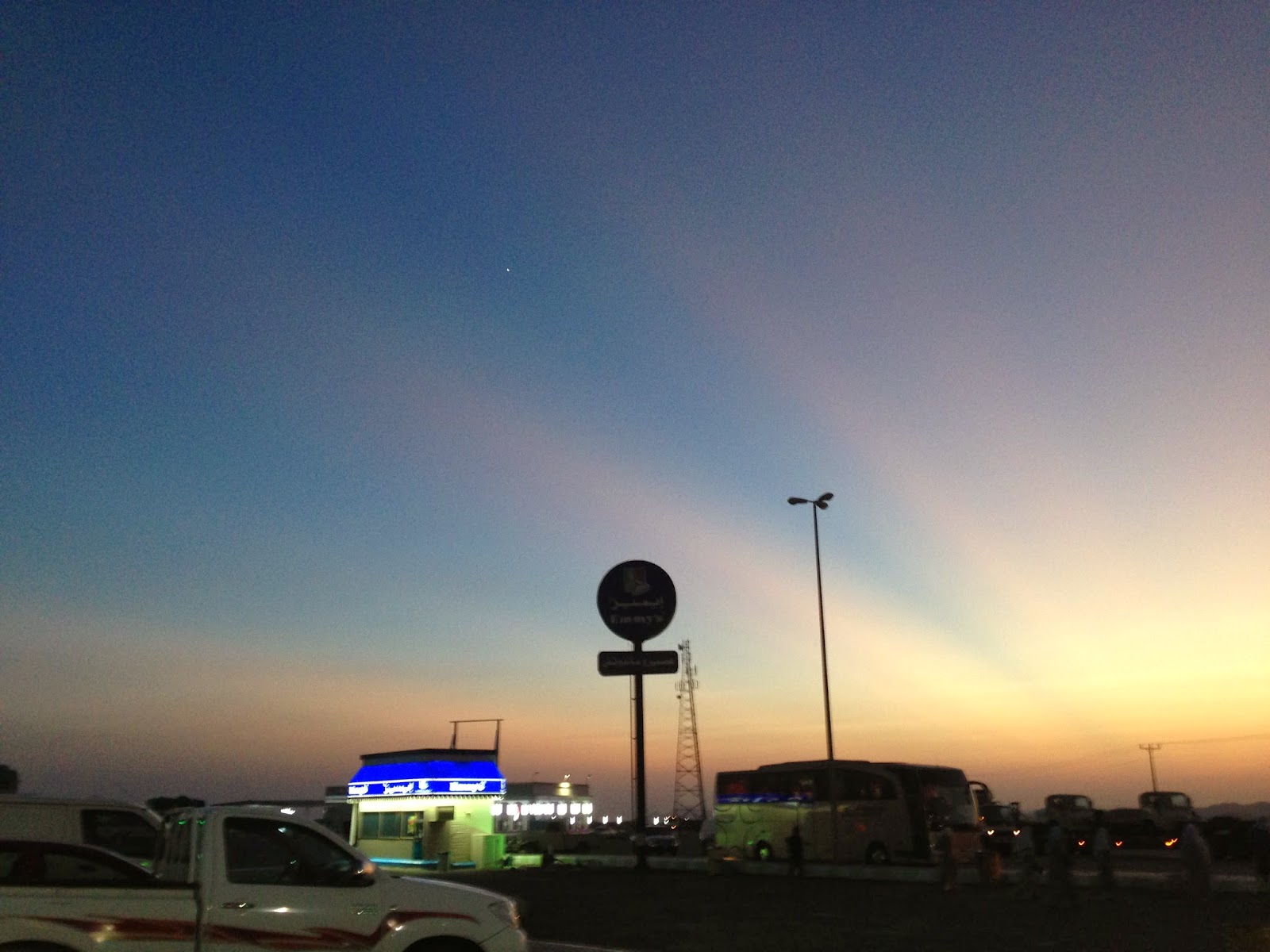 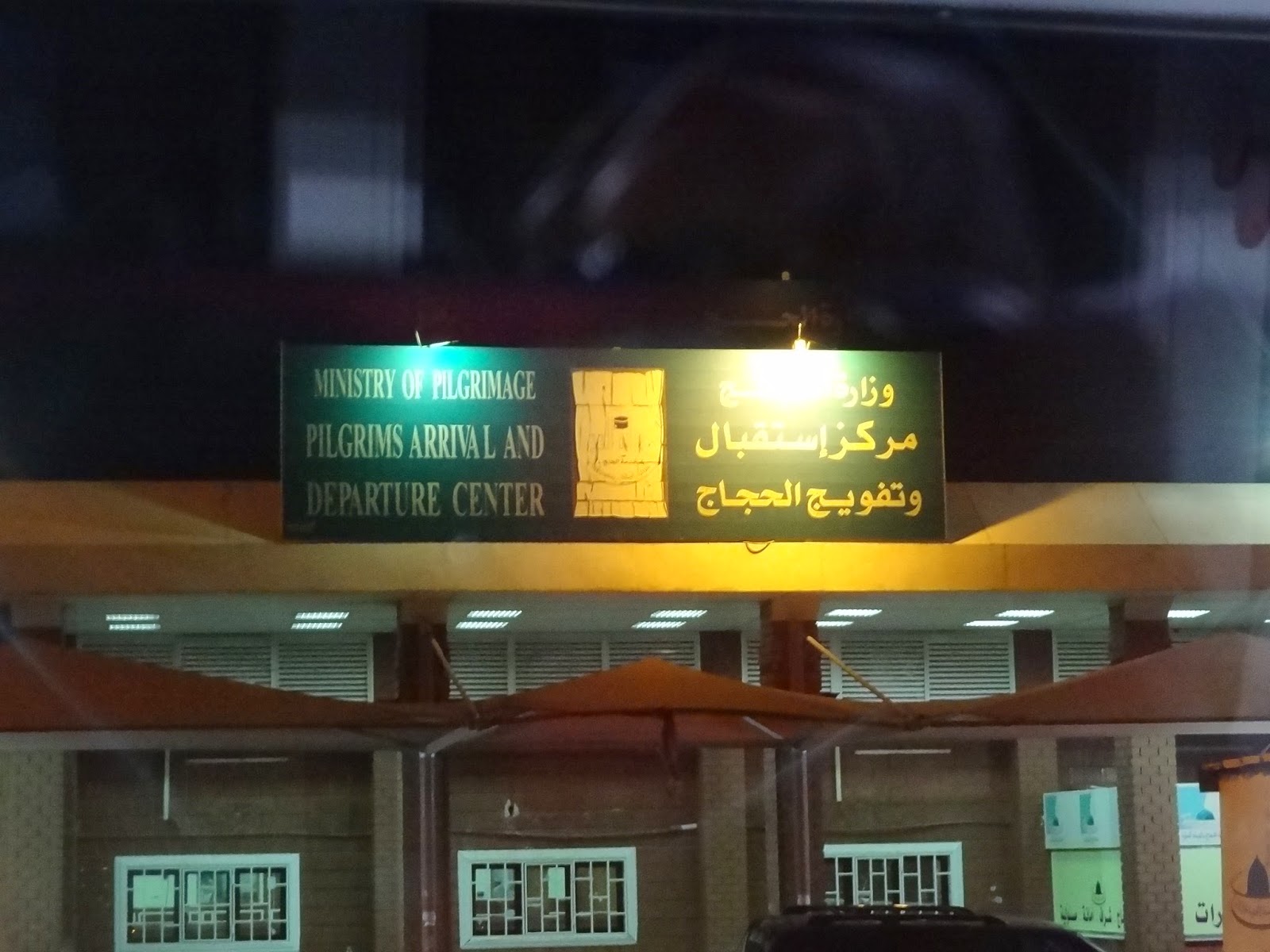 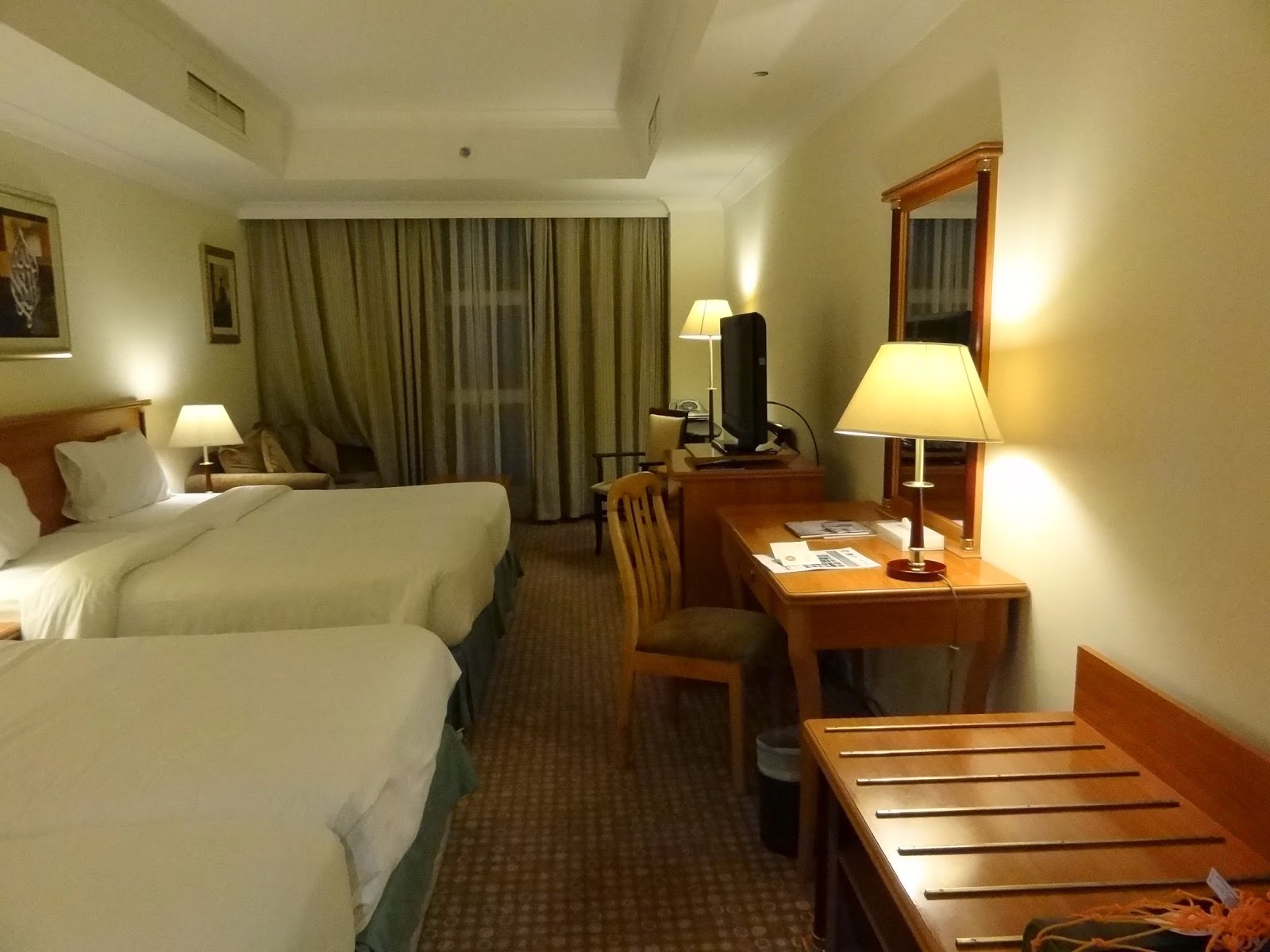 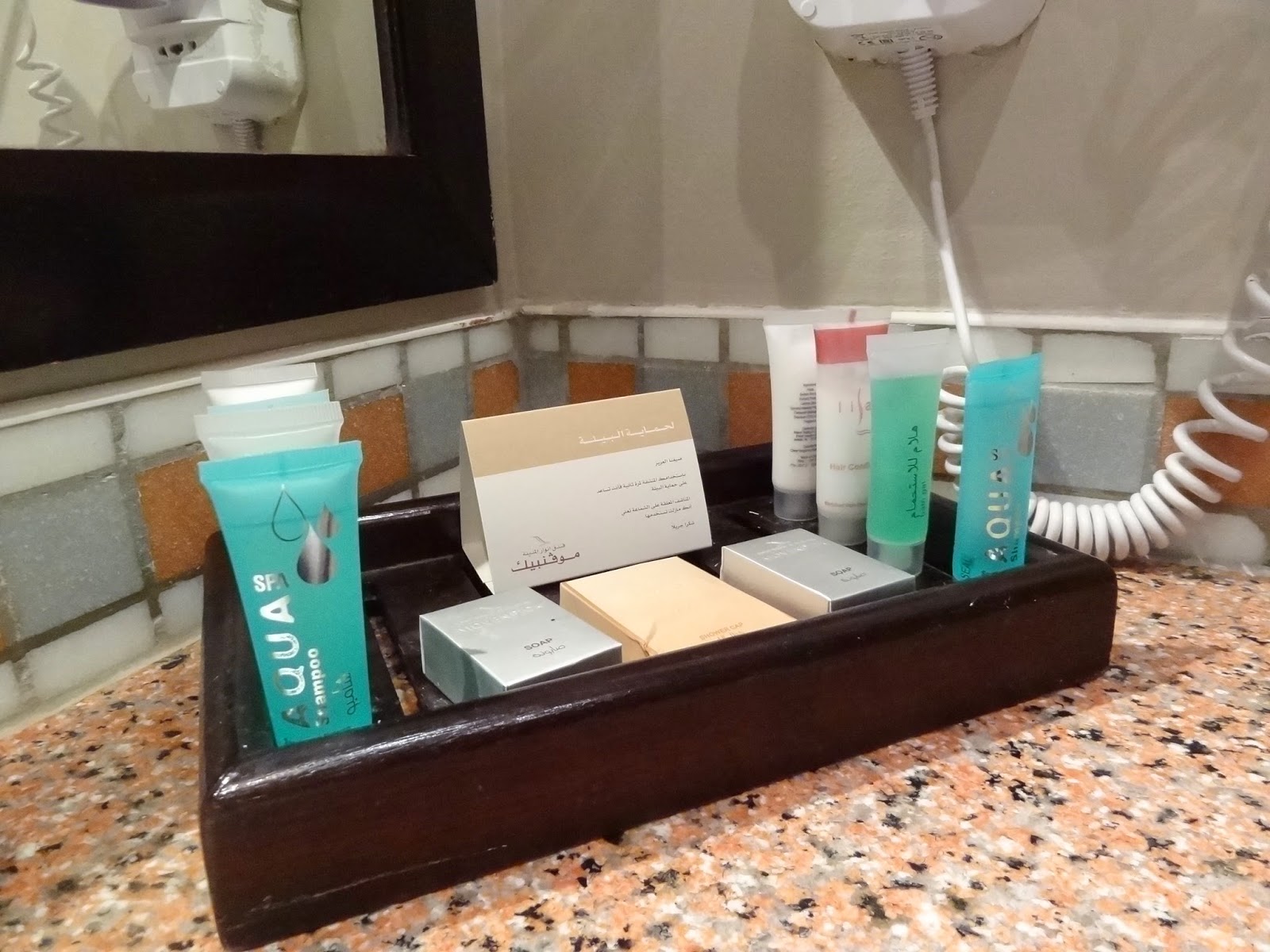 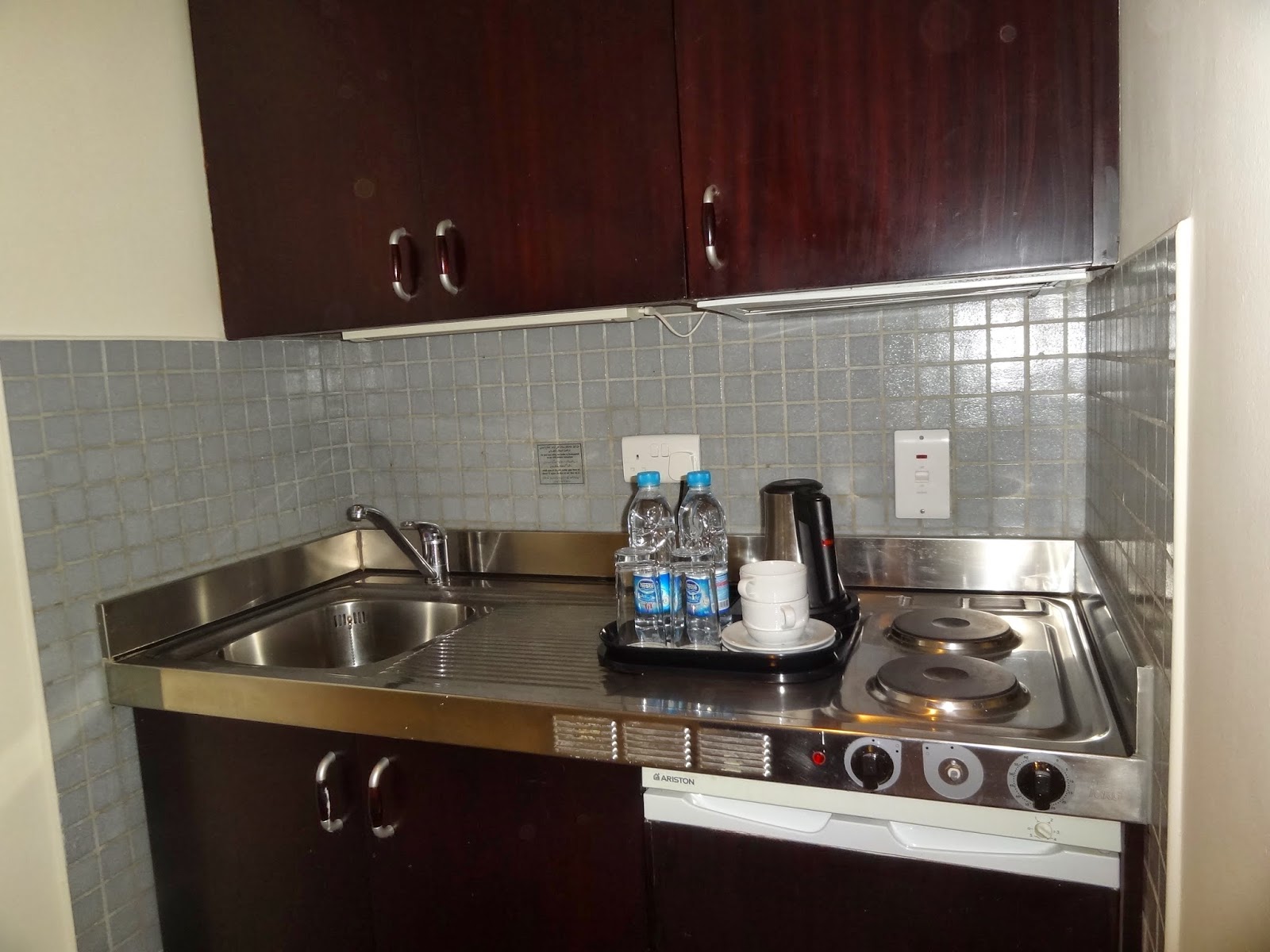 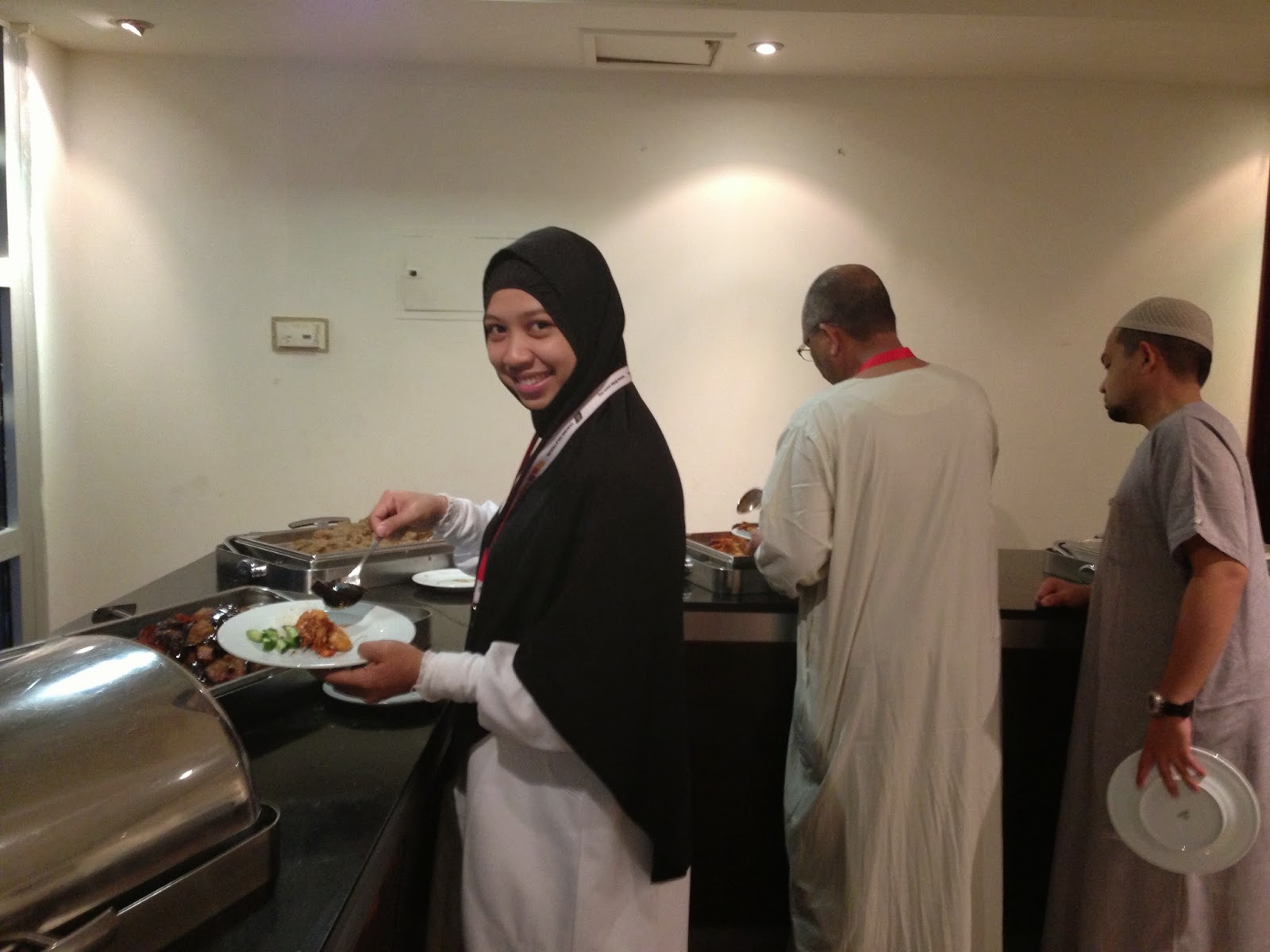 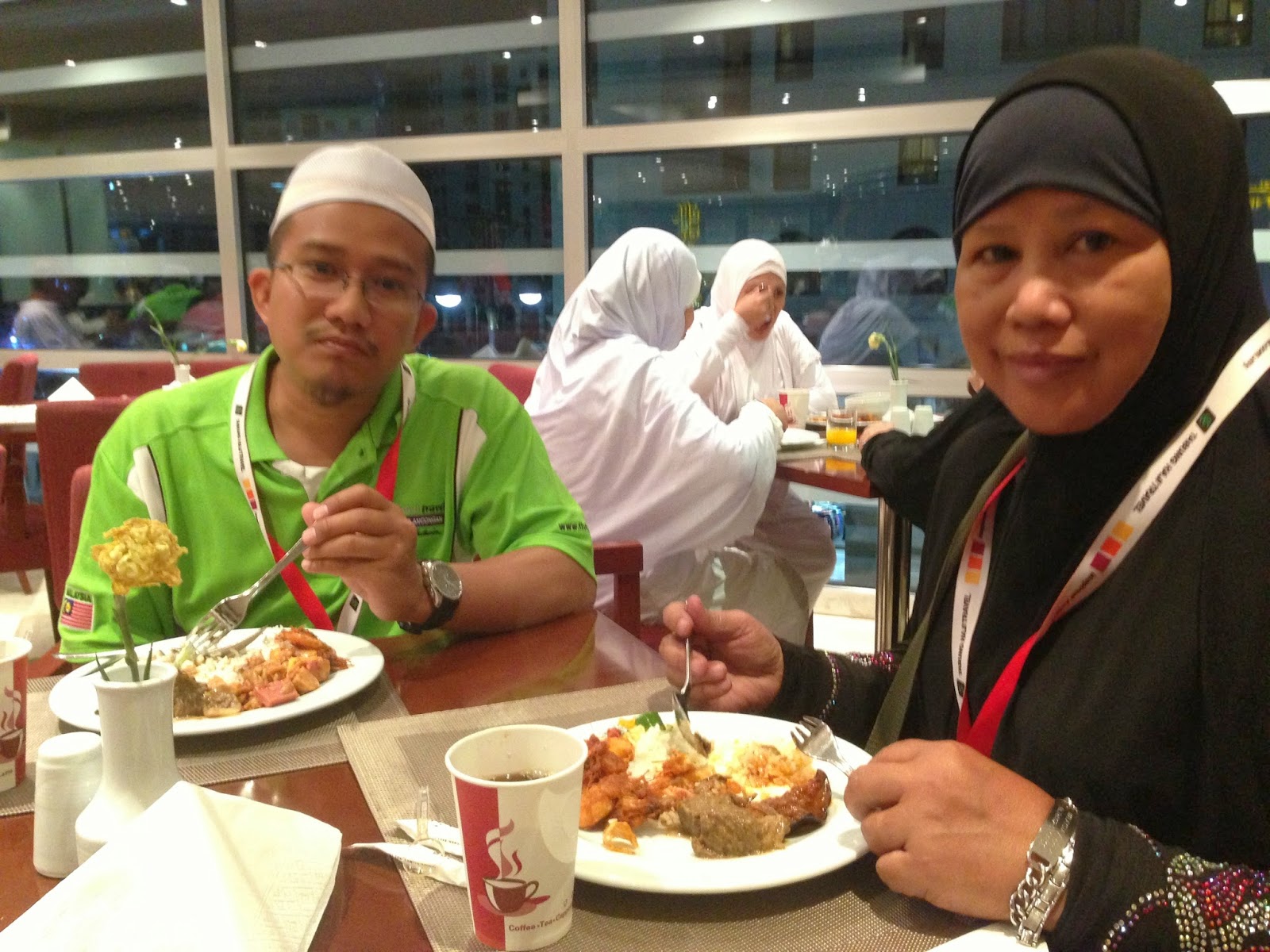 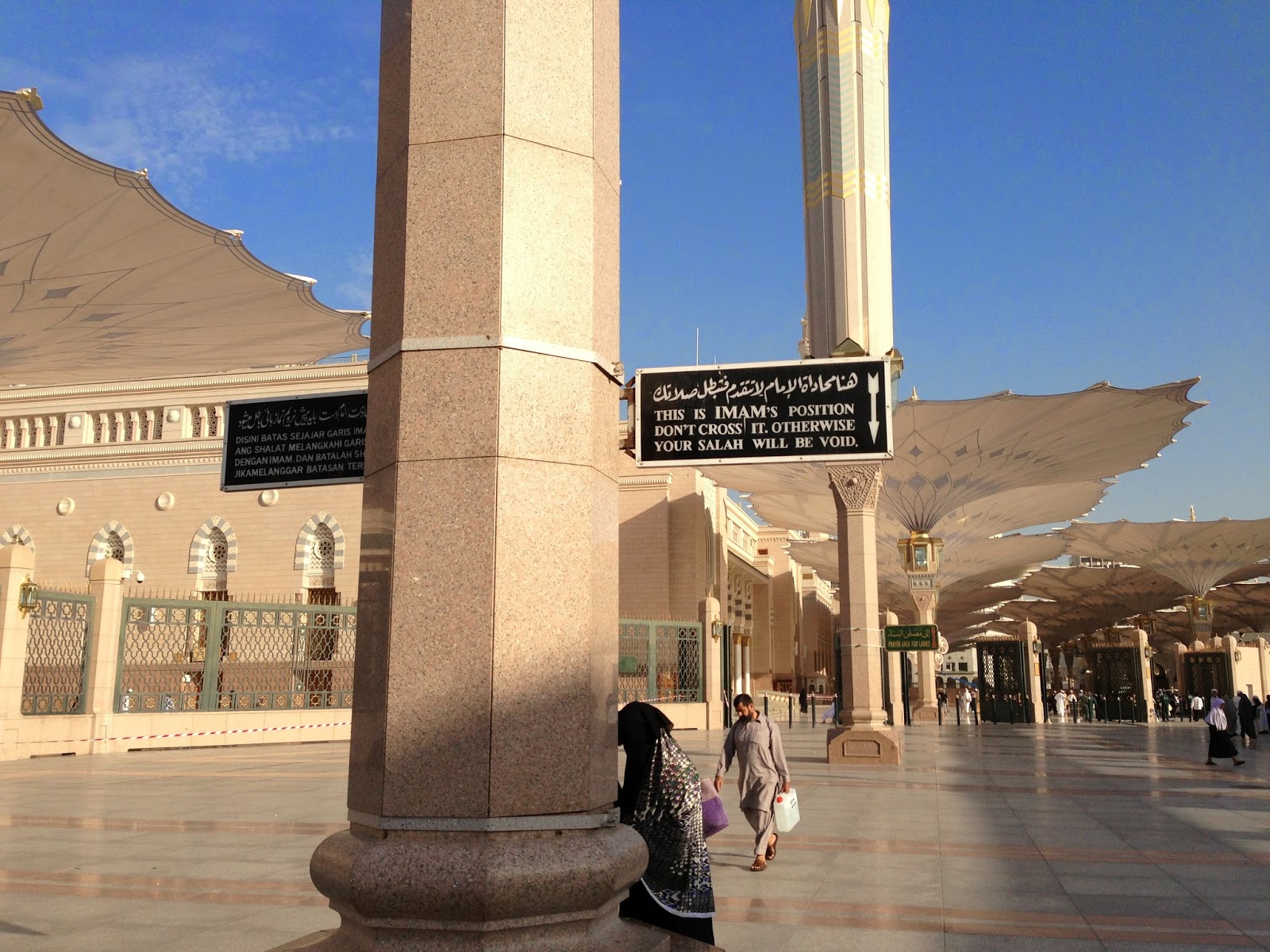 Family Life: Our own little prince, Umar Lion of The Desert

Alhamdulillah it has almost been 5 days since the termination of pregnancy of my recent miscarriage. Here is the story I wrote few years ago for our second princess who was born 13 months after our first child, much to our surprise. 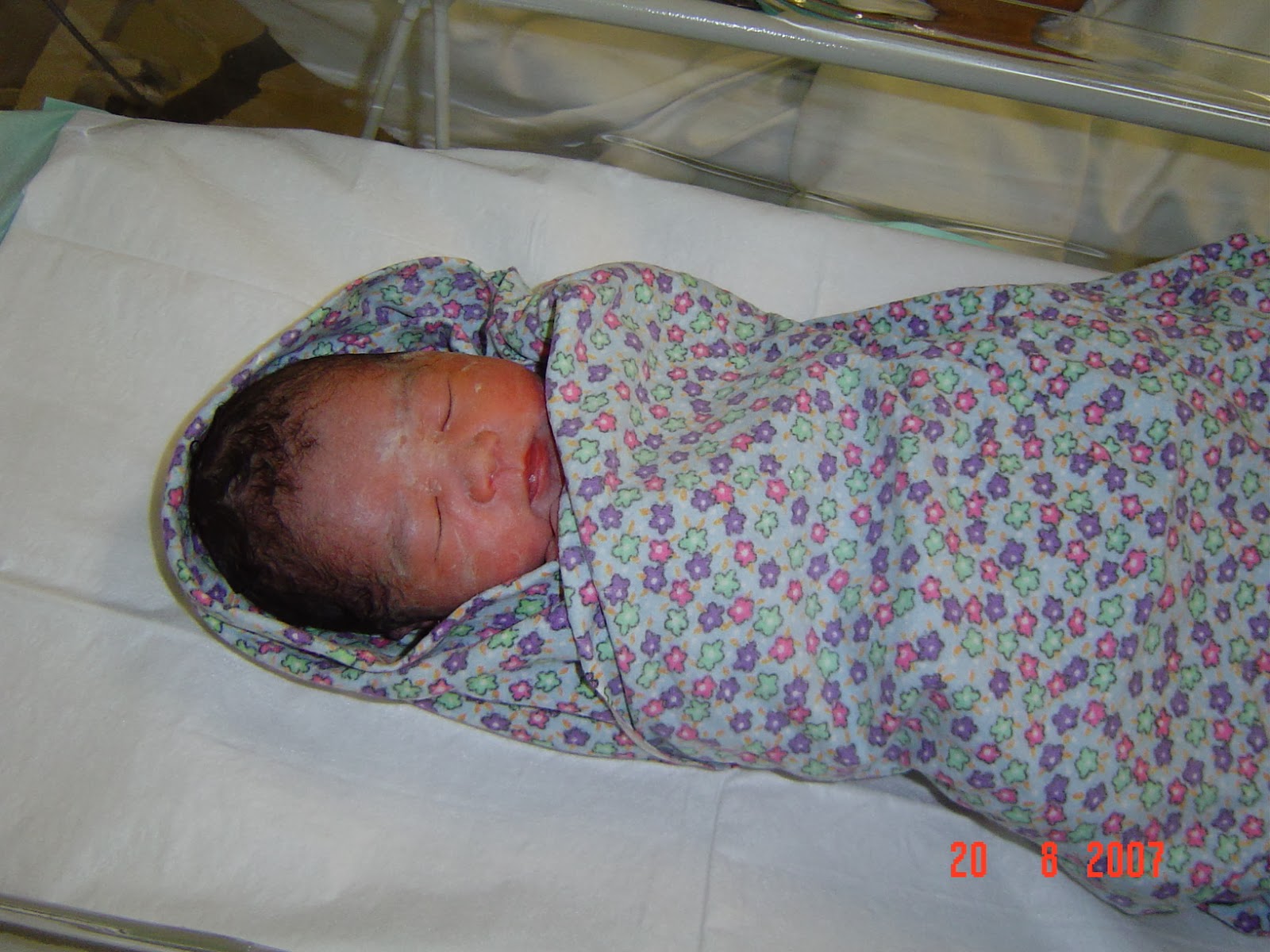 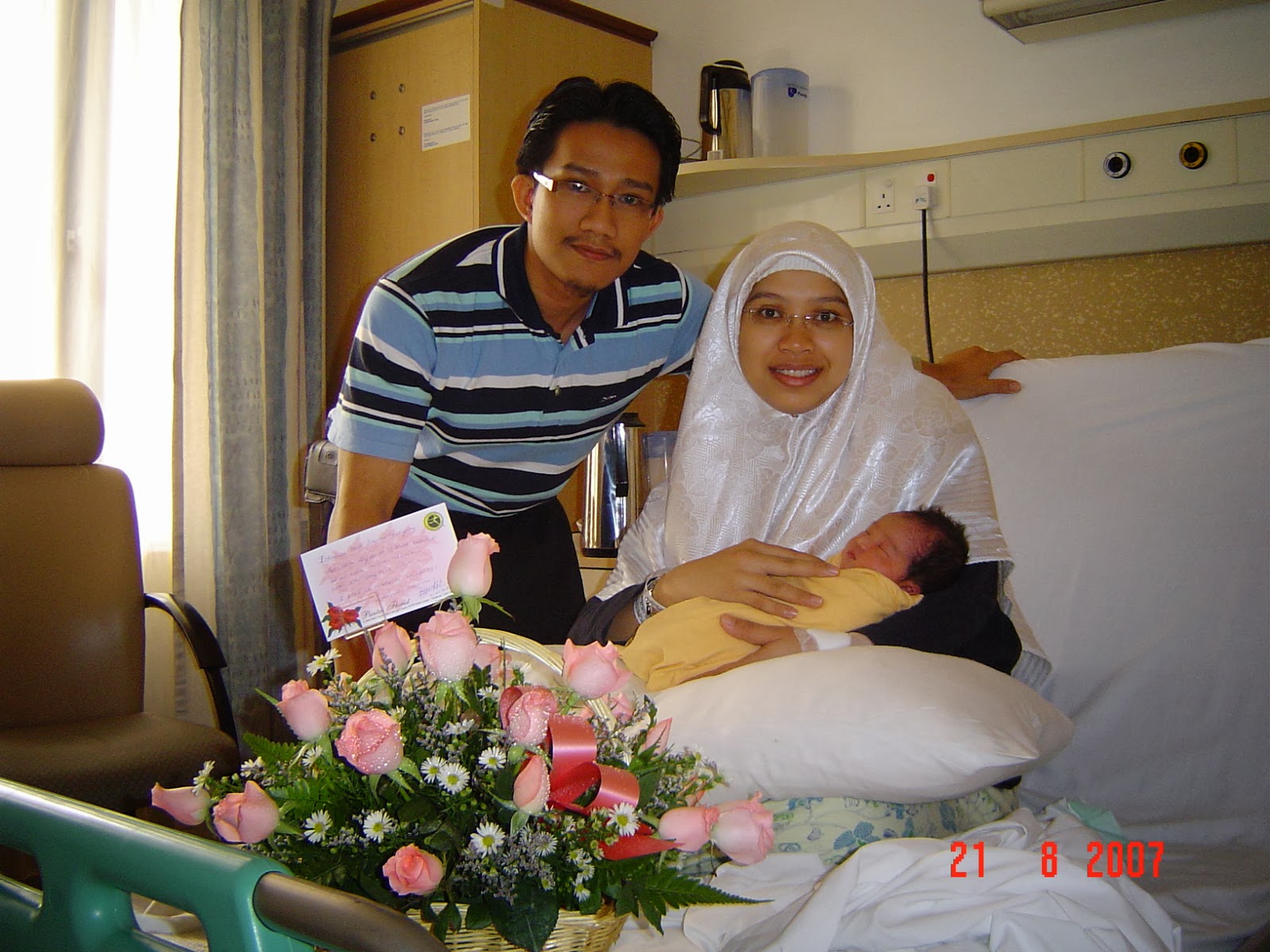 Safiah is now 7 years old (this coming August) and she looks every bit like me when I was her age, except that she is fairer. She always remind of those difficult times when we thought we have lost her at 8 weeks, but miraculously showed us that she is one tough girl.

She has my temperament also,which I am not proud of. But she has one quality that I am forever grateful for, which is loyalty.

May she grow up to be a good Muslimah who will contribute her doa to us when we are long gone, and also to the ummah in shaa Allah..

Medicine Vs Surgery
Which termination of pregnancy should I choose?
We returned from hajj in November 2013, and I had my mirena removed around the middle of November because we were planning to get pregnant as soon as possible, considering we were already 33. I have set 35 as my age limit for childbirth.
9th January 2014 was my last menstrual period & sure enough a month later there were 2 lines on the pregnancy test. Alhamdulillah all praises to Allah.
Despite strong nausea & vomiting which usually indicates that the baby is growing healthily with high level of HCG, our pregnancy was short lived.
I started bleeding at week 6 on the 24th Feb and got a long MC to rest at home. A consultant in O&G scanned me & said there is still a chance that the baby might still survive, but a subsequent episode of bleeding a week later was indeed a red flag. I passed clots & clots of blood & I was almost certain that the baby had gone to heaven.
I opted for conservative management. I wanted to wait for the baby to pass naturally. In total I have waited 2 weeks, with minimal staining & mild crampy lower abdominal pain.
On Monday the 10th of March, I chose to be admitted for evacuation of the product of conception (POC). My husband came along, cos he was still hoping for a miracle as I was still having morning sickness (according to a journal, it may take up to 6 weeks before the HCG come down to zero).
Our old friend Dr Nik did the scan. The gestational sac measured at 10 weeks but collapsing & irregular in shape. The baby measured at 9 weeks but there were no movement, no heartbeat. So the diagnosis was a missed miscarriage in which the baby has stop growing but wouldn't pass naturally.
I was given 2 options, either a dilatation & curettage (D&C) which is a surgical intervention done under general anaesthesia, or a medical intervention, in which a medication called cervagem is inserted near the cervix to soften it & induce contraction, thus expelling the POC.
So here are the pros & cons. Pros for D&C
- quick
- almost painless (done under general anaesthesia)
- do it & get it over with, the certainty that the POC would have cleared after the procedure is almost 100%
Cons for D&C
- 1:1000 risk of uterine perforation
- 1:100 risk of endometritis which is inflammation of the womb lining
- risk of asherman syndrome in which the lining of the womb is scarred, causing adhesion of the uterine wall & causing secondary subfertility.
- risk of general anaesthesia (in which is high risk for me as I had severe allergic reaction in my previous operation, causing an acute asthma attack Pros for cervagem
- I have somewhat "control" of what is happening as contrast to a D&C in which the fate of my womb is in the hand of another doctor
- no risk of injury to the womb (yes I want more children)
- husband can be with me all the time (ok, this is a privilege not all can have, as we were doctors here previously & the O&G doctor was nice & let him stay). I needed his support as I face the pain & the vomiting.
Cons for cervagem
- painful! (Like seriously! I needed pethidine twice, and subsequently vomited from the effect of the pethidine). How painful? It feels like I was going through a childbirth, except you know that at the end of the pain you will NOT have a baby as a reward.
- you will pass a lot of blood & clots & let me tell you, it is NOT like your normal period. Definitely not for the faint hearted. I was amazed at the amount of blood contained in an 8 weeks pregnant womb
- you don't know how many cervagem do you need to evacuate the POC. Cervagem is inserted every 3 hours till POC is passed. I had 3, as predicted by the O&G doctor, so Alhamdulillah. The maximum dose is 5 dose in a day.
-occasionally the POC get stuck on its way out at the narrow cervix, and it needs to be manually pulled out by the doctor (slightly painful but bearable)
- repeated ultrasound scan is needed to ensure that the womb is "clean".
- there is a 15-20% chance that the POC will not pass & you end up with a D&C anyway (yes, after all the pain)
I had my cervagem at 12noon, 3pm & 6pm, and by the time I was due for my 4th one, I have passed so much clots & the doctor did a scan, certifying that the womb has indeed become empty, with minimal blood remained. A syntometrin injection was given to helps the womb contracts & that was painful also (both the injection & the contraction), causing me to request for my second pethidine injection
So Alhamdulillah that episode in our lives has ended. This morning I woke up with a new set of soaring spirit. No more abdominal cramps, very minimal bleeding.  It was indeed a valuable experience & I pray that all the pain & sadness that we had endured will result in some of our sins being forgiven by Allah.
I opted for a contraceptive injection that will last for 3 months. I want to give time for my body to heal even though I am hoping to get pregnant again as soon as possible. If all goes well then it'll be a blessing but just the thought of the possibility of another miscarriage if I conceive too early, is just unthinkable.
I want to stay healthy, eat healthy, exercise & maybe lose some weight in this 3 months.
If Allah wills, in shaa Allah there will be that 2 lines that bring so much joy again. If not, in shaa Allah we are grateful for the 3 beautiful children that we have.
Some people have difficulty in getting pregnant. Some people gets pregnant easily but miscarried as easily as well. Some had uncomplicated pregnancies & deliveries. Some pregnancy ended in a difficult miscarriage like this one that I had.
It makes me put a lot of things into perspective. Every women who had a healthy baby, was indeed a blessing from Allah. Every time a family welcome a new member, we must praise Allah for His Greatness in creating a human being from a drop of water, residing in the strong haven called the "rahim" which also means the "merciful". The mother endures the 9 months of hardship, only to continue the hardship during the 2 years of nursing the child.
Alhamdulillah even though I didn't get to see this baby's smile, I have been blessed with 3 healthy babies, a gift not every woman is blessed with. All praises indeed should return to Allah the Most Gracious, and Most Merciful. Alhamdulillah... 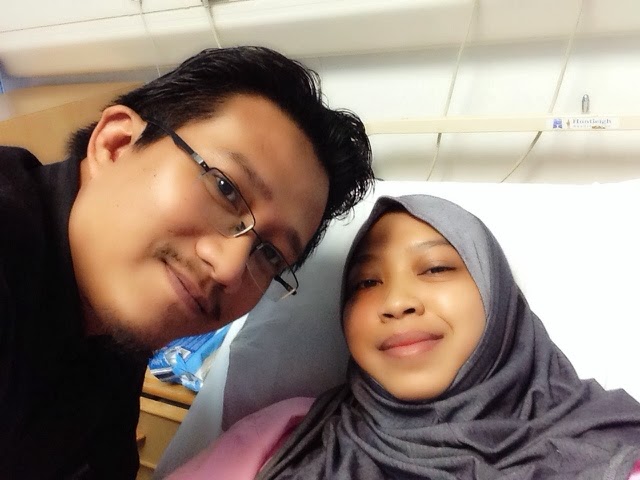 I am a mother of three. What matters most in my life, like most of other mothers out there are our children.

I wrote these stories about my daughter years back but I found it in one of my previous blogs (which I can't remember the password anymore). Since I have decided that THIS www.draisyahafiz.com is going to be the active blog, I would like to share this story here. 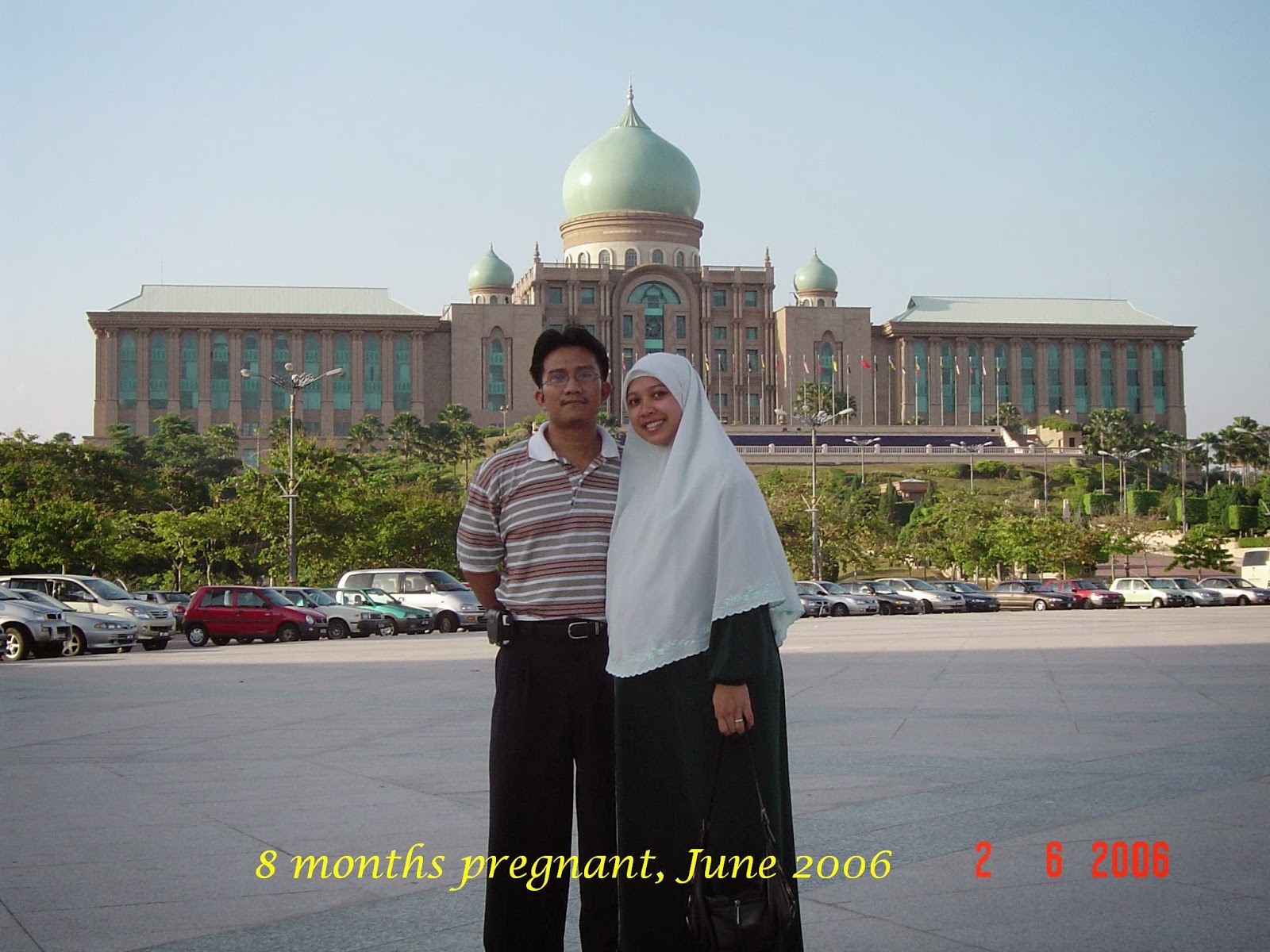