This is the first time we travelled to a foreign country with a baby, but Indonesia is anything but foreign to us.

I have Javanese roots from my ancestors and majority of the locals in Gili Trawangan would speak Malay when they knew we were from Malaysia.

After prayers, the boys & me being wide awake, we went for a mourning stroll to watch the sunrise. The girls & daddy went back to bed. 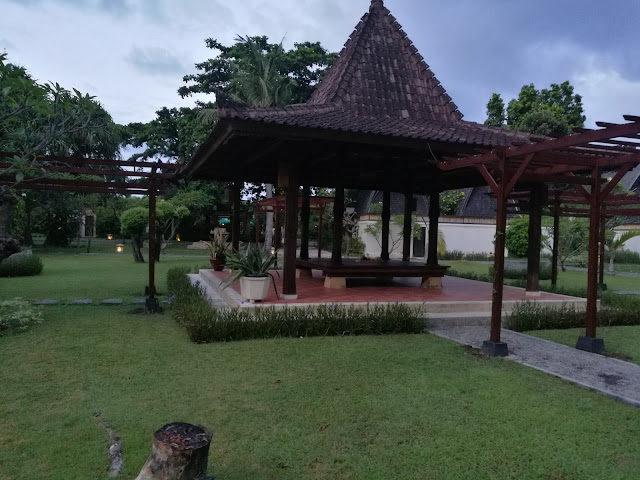 There is a unique sense of calmness in the early morning , when everything is quiet. The sunrise is beautiful and the ocean was solemn. Umar recited his Quran memorization while playing with the sand. Uwais drank the scenery like a professional photographer, storing the memories somewhere special in his heart

At 8am, the girls woke up & we went for the buffet breakfast at the hotel. Vila Ombak Hotel is a halal certified hotel so all food are halal and no pork served. The food variety is good and the restaurant being next to the hotel pool is a plus, where I could feed my baby his breakfast while having a stroll by the pool side.

Next stop?  Splash time! The water was warm and the biggest pool provided steps around it , so it was children friendly despite being about 1.5m deep. Even Uwais had fun in his floater. However it is not advisable to leave the children unattended albeit the pool being kids friendly

Lunch was a bit of a challenge. After mid day prayers, we wanted to walk around to look for lunch. Unfortunately it was a bit too hot to do so, and a lot of the restaurants around the hotel were not halal. To cater for non Muslims tourist,they serve pork alongside halal chicken ,so we decided to find a truly halal restaurant. As the kids were famished from swimming earlier & their ice cream all melted and sticky in their hands, we took the cidomo or the horse carriage to a nearby halal restaurant.

Our lunch was at a restaurant called Oda Cafe, it is situated near the public harbour . The food was decent (a bit too much MSG to my liking ) but cheap at Rp120,000 (RM40) for the 5 of us.

After lunch, we had a quick stop at the turtle aquarium in front of the cafe, before returning to our hotel by cidomo (which costed another Rp100,000).

Afternoon was for us relaxing ,the boys and I had an afternoon nap while the girls played at a nearby hammock & chess set with the daddy. 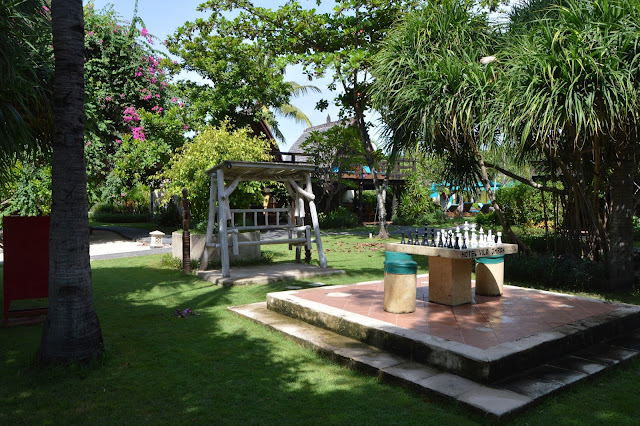 Just before sunset, we took a cidomo ride to the sunset beach to watch the sunset and take photo at the famous swing set. The cidomo ride was rough as there were no proper road, I wouldn't recommend the ride for pregnant tourist. This cidomo ride is longer,about 4km from our hotel,towards the other side of the Island

It was quite cloudy but the beach was as picturesque as described by people who have been there. What surprised me was that the sea was shallow for about 1km from the beach so people could actually "walk" on water!

After night prayers at the hotel, we decided to have dinner at the hotel , as the baby was tired & cranky. It was a seafood BBQ dinner,with free buffet for every purchase of fresh seafood.

We had squid, fish and prawns, and it costed us Rp575,000 (about RM190) for buffet of 2 adult & 3 kids. The ambiance of candle light dinner by the sea , listening to the waves while having fresh seafood grilled to perfection, without having to walk around other restaurants and asking if food  were halal , it was priceless indeed.


Having been traveling with 4 kids, as contrast to our previous holidays where it was just the two of us, I realised I haven't actually took a photo of hubby & me.

So this is the only selfie of the two of us,before we called it a night