Our third day in Bali,we chose to get closer to greenery and nature. We had an early start with yummy pancake & french toast breakfast,and left the villa at 8.30am. Our first stop was at Sanur to watch the Barong Dance. We chose not to see the kecak dance at Uluwatu as we were informed that it was part of a religious ritual, thus we refuse to be involved.

Barong dance in the other hand, is a traditional dance with the story of the fight between good and evil, Barong being the good being, Rangda being the evil being. We were given the script of the play upon entering the auditorium so that we can understand the story line.


Towards the end of the show, a few men showed that they became invincible by trying to stab themselves with a traditional knife called the keris. My impression was the keris were not real and thus it was all an act, but one actor actually got possessed and couldn't stop, until the witch doctor helped him. It was quite scary,but overall the performance was good. The small actors had a few dirty jokes which I disagree with, as there were children amongst the audience.

Apparently the dancers make a living by doing a once a day dance, and they were selected from the local School of Culture. Every audience is being charged Rp100,000 per person (RM28), and the auditorium could easily fit 300 people in one sitting. 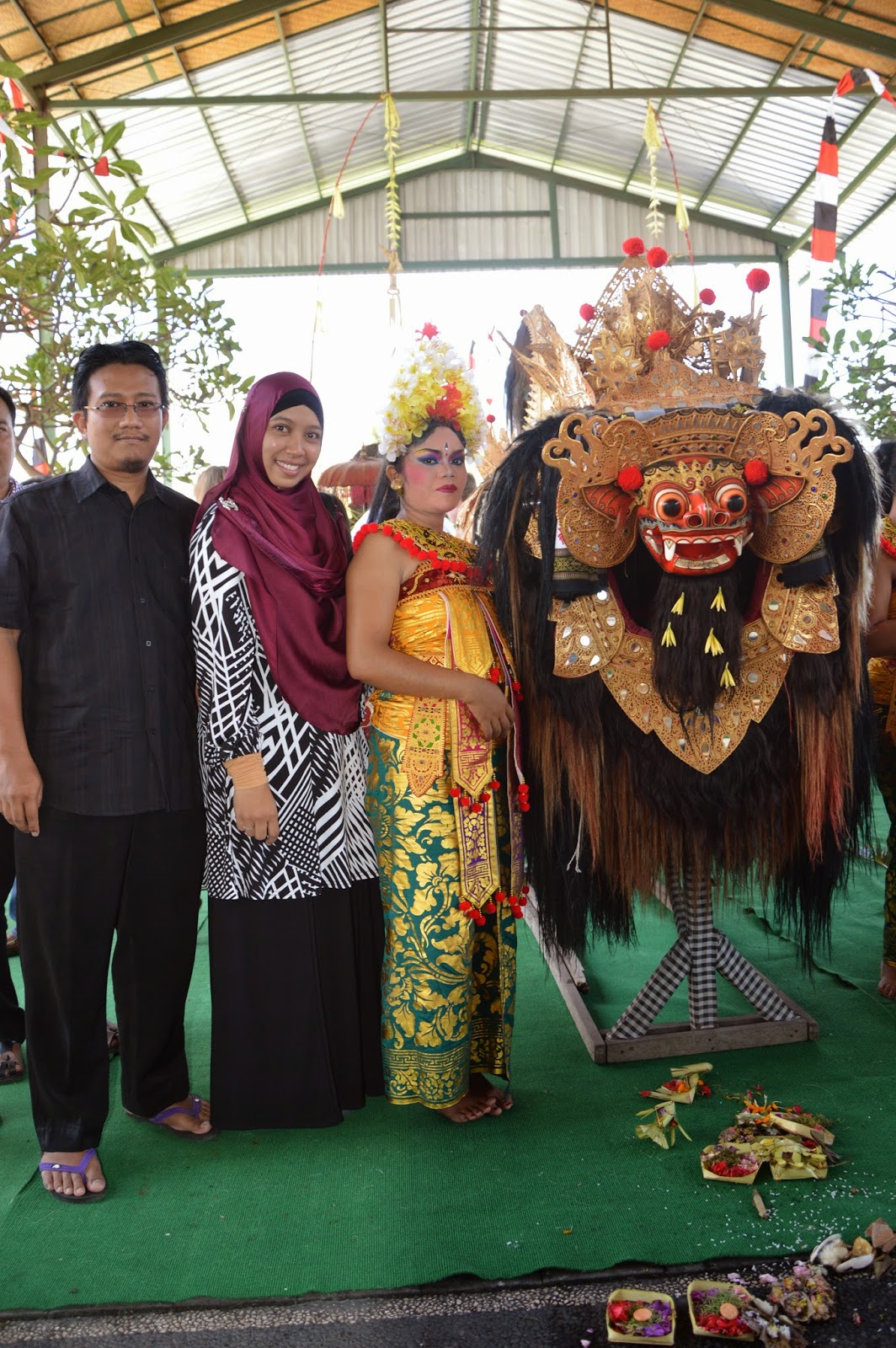 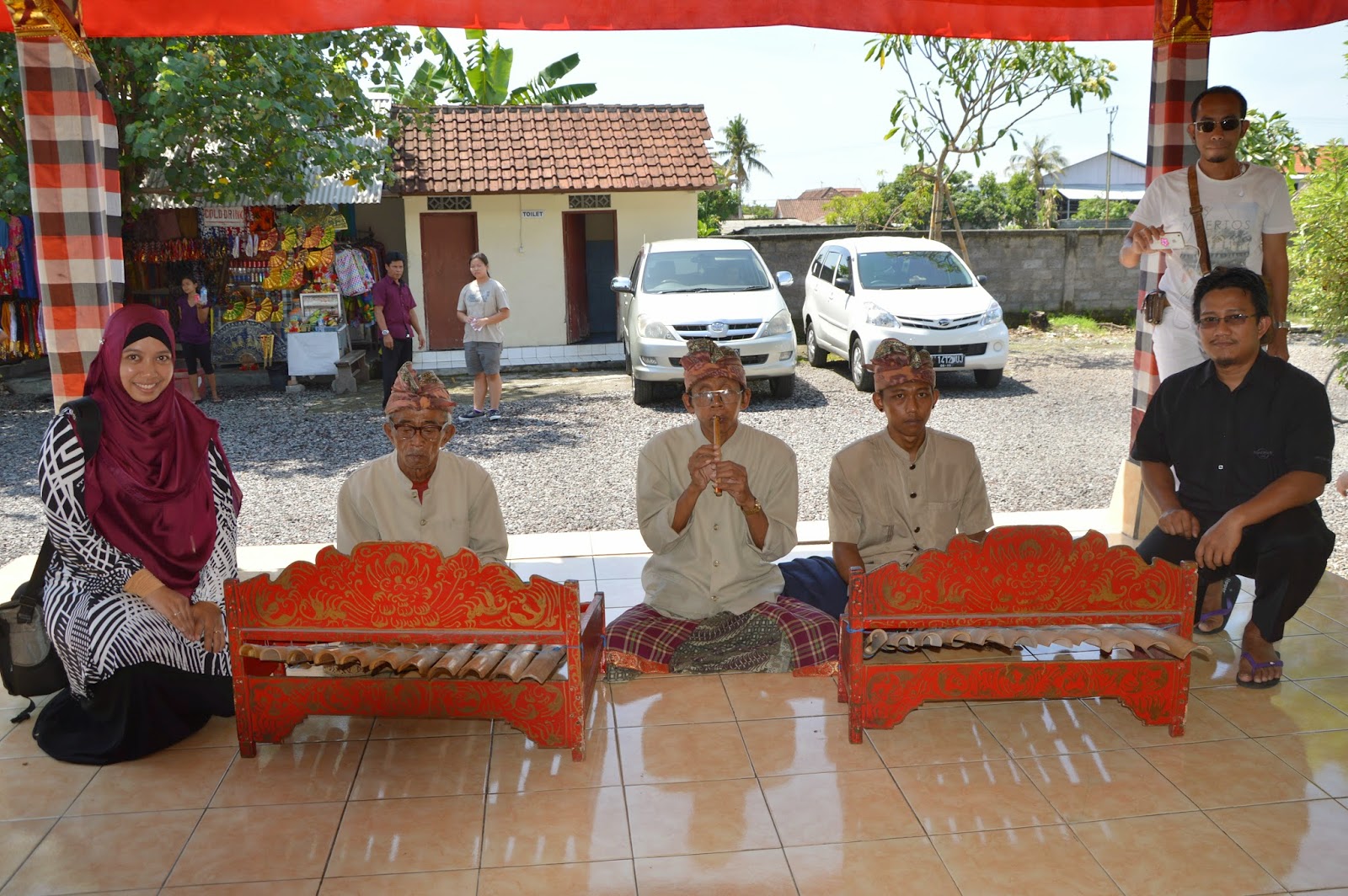 From Sanur, we went straight up to the Kintamani Mountain. The journey took nearly 2 hours but the scenery were breathtaking. We got glimpse of the native Bali in their villages as well.

The ambiance was getting cooler as we ascend up, and we reached the vintage point of Kintamani Mountain and lake at 12 noon, earlier than the rest of the tourists, hence we took the opportunity to take beautiful photos. Our tour guide, Mustain was an excellent photographer as well and the weather was perfect. Half an hour after we reached Kintamani, the weather became cloudy and it was drizzling. 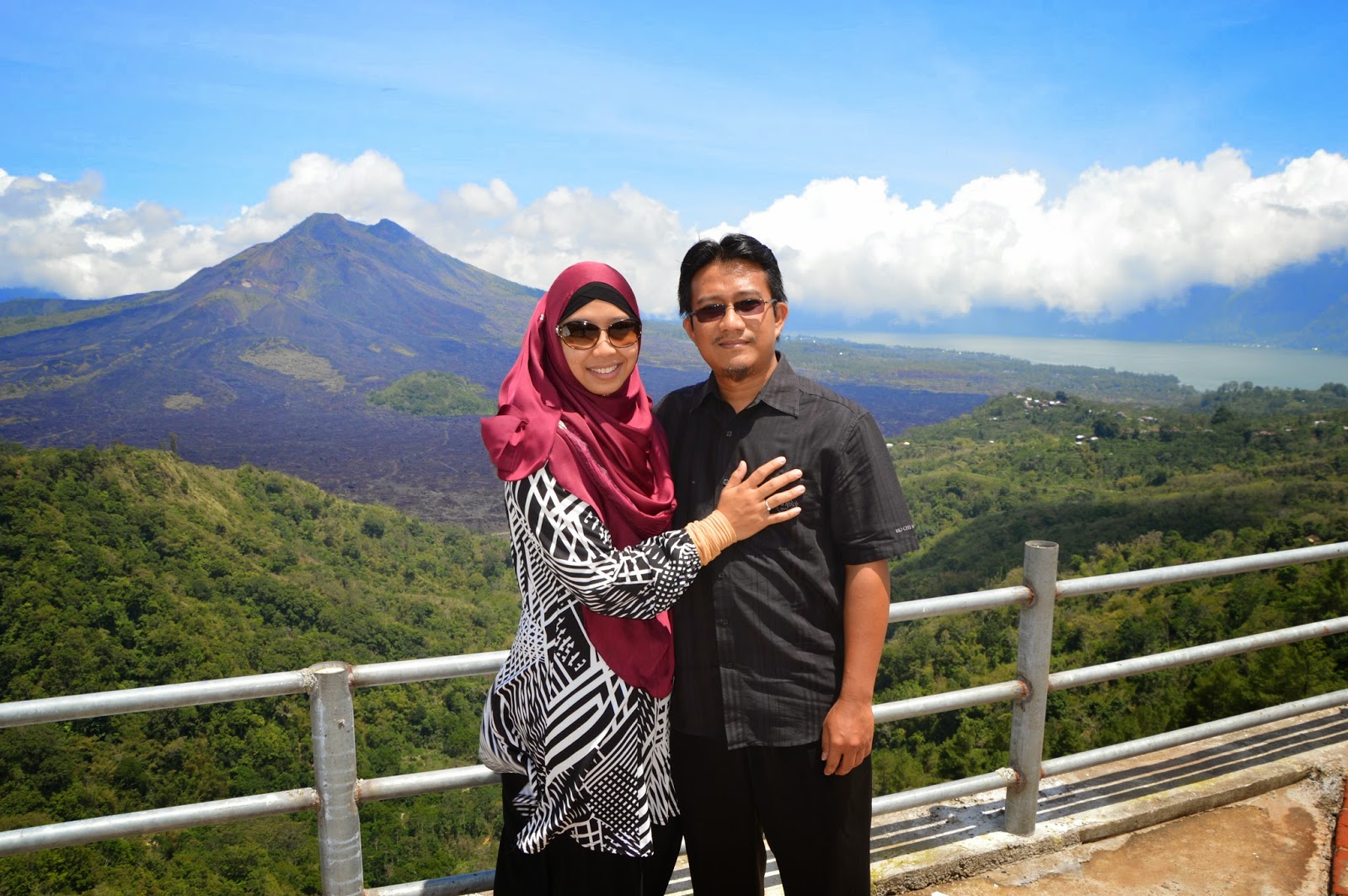 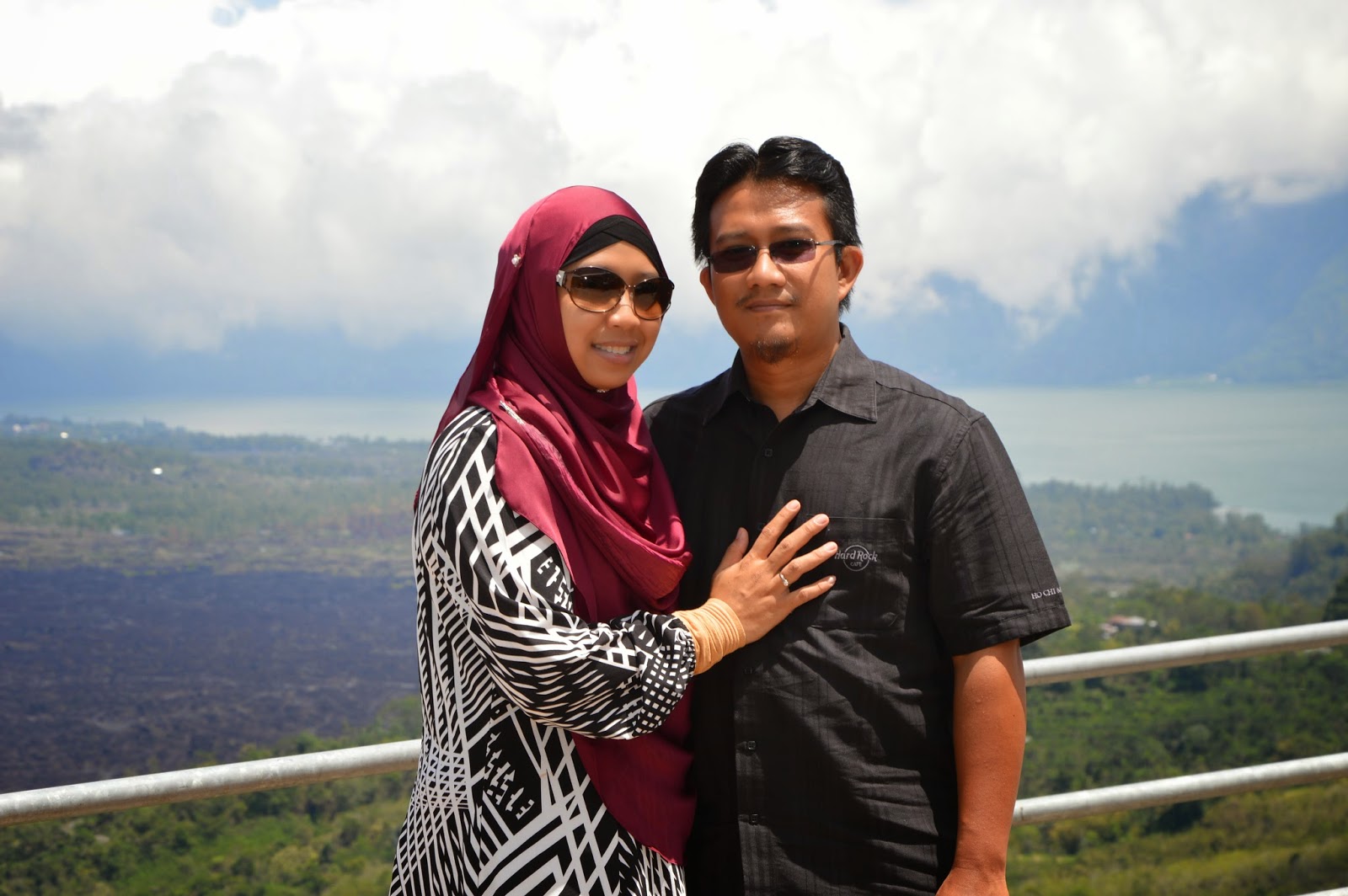 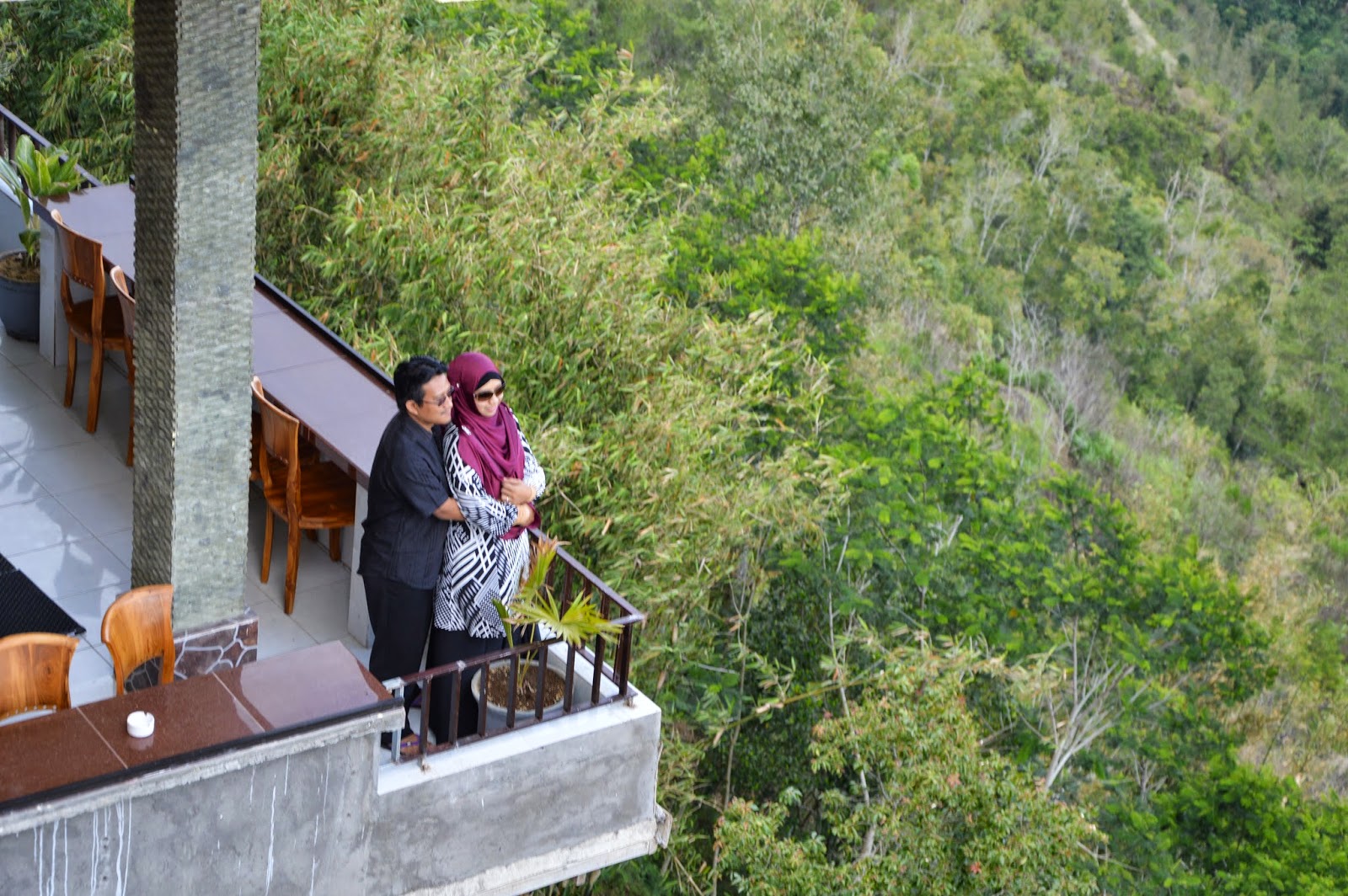 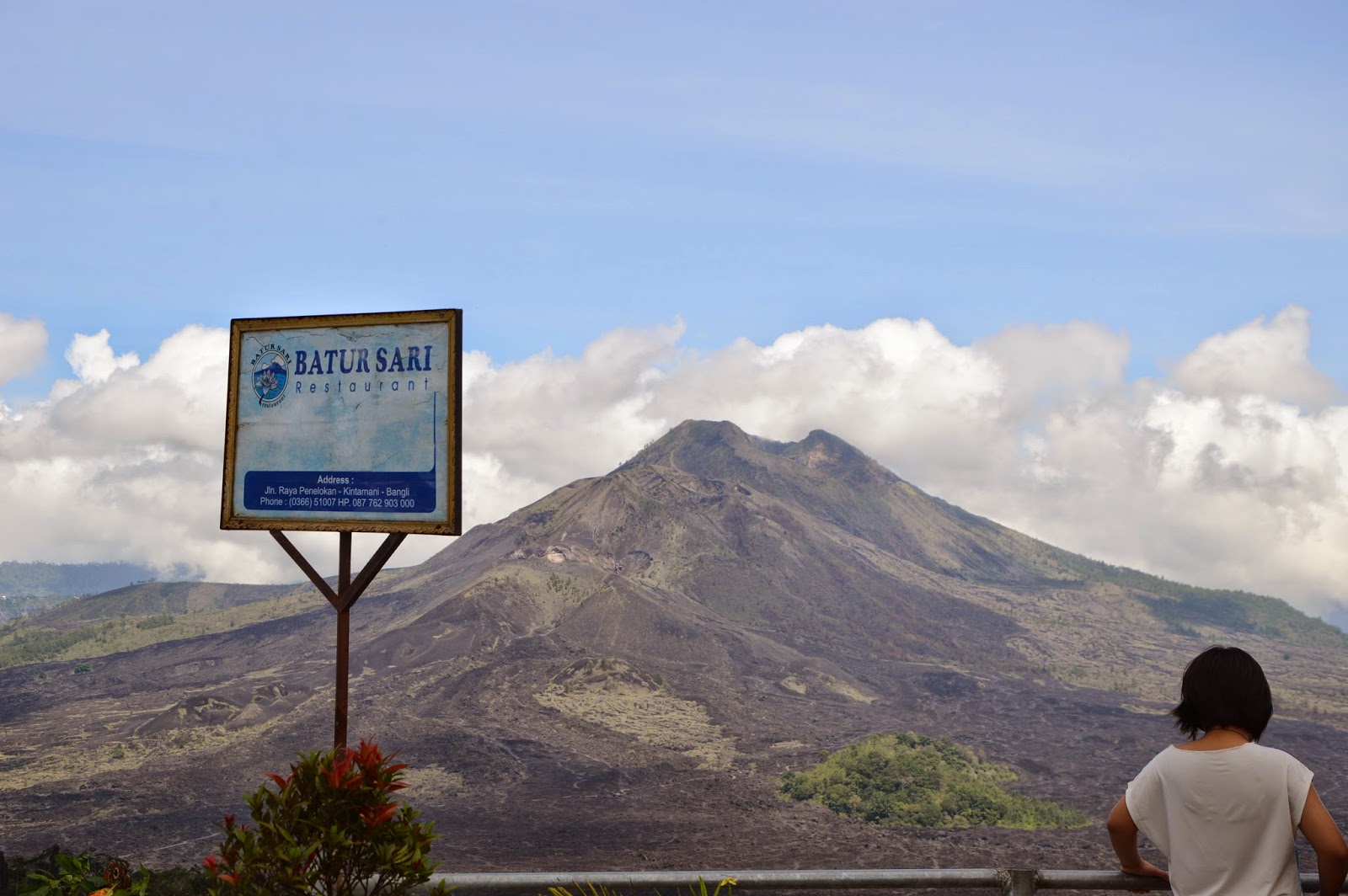 A short video at Kintamani :)

We had lunch at the halal restaurant at Kintamani. It was a buffet lunch with variety of Indonesian style food,and it was quite reasonable at Rp242,000 for 2 person (Rp100,000 per person plus 21% tax), equivalent to RM67 for two. 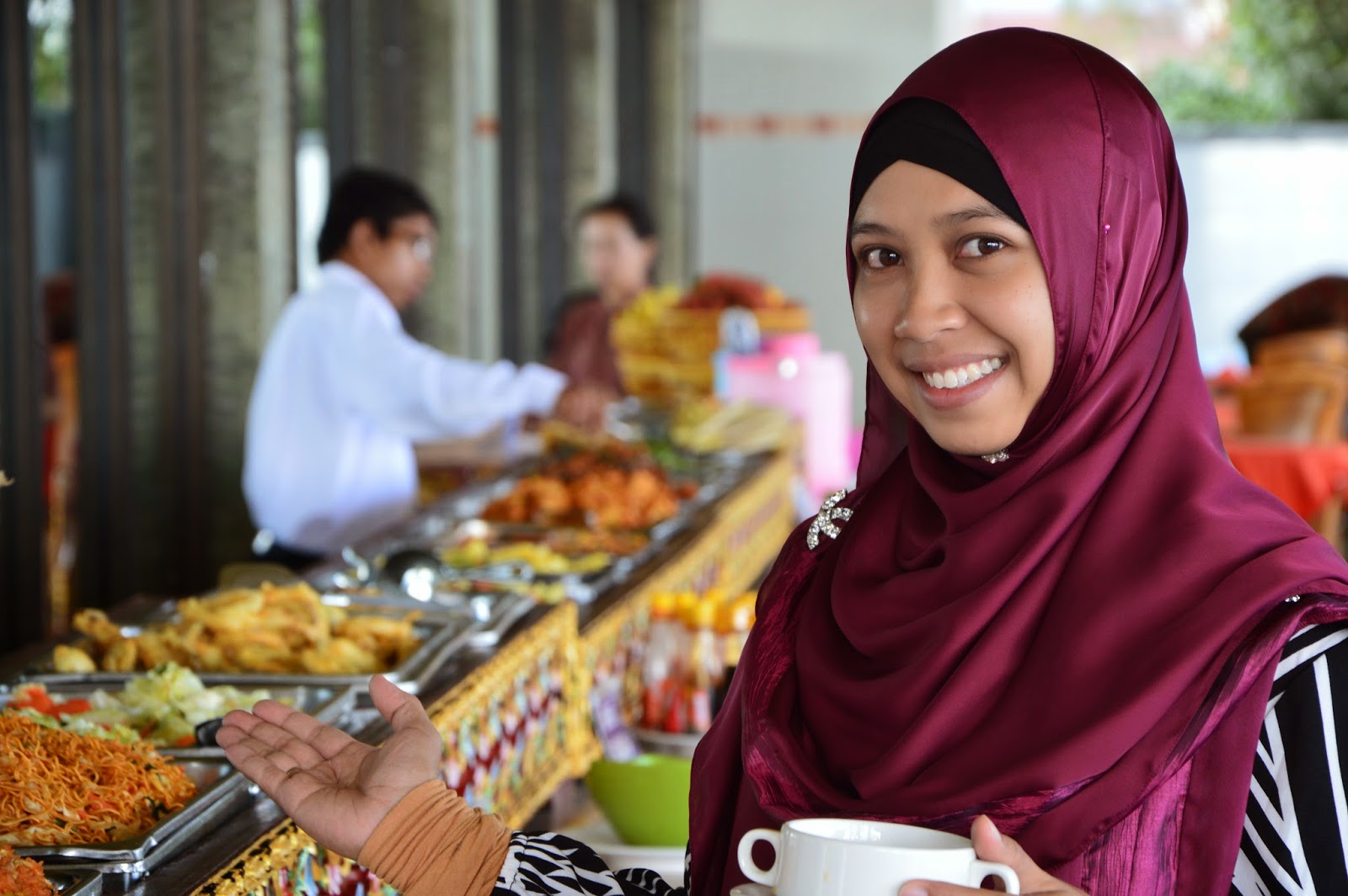 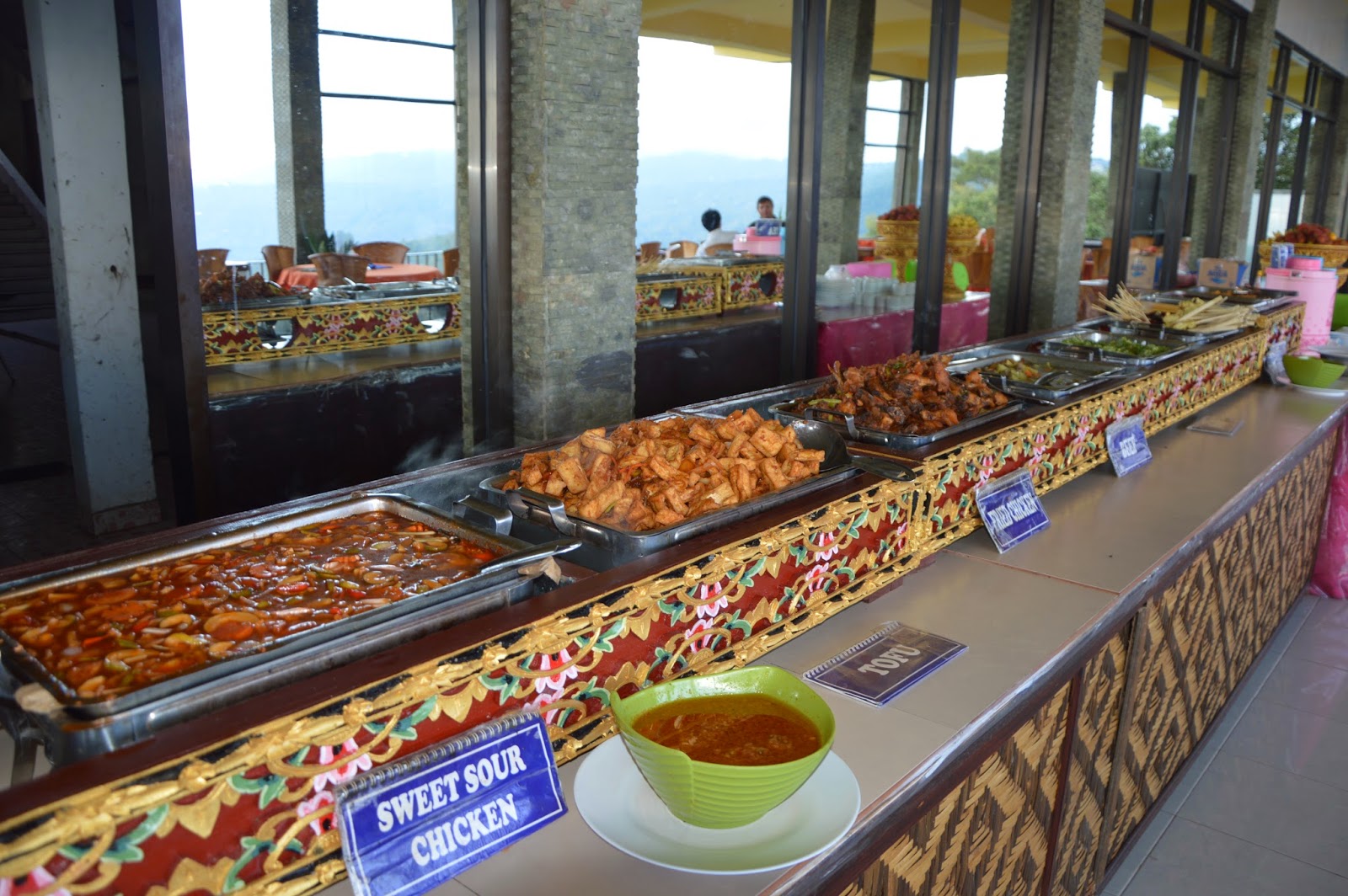 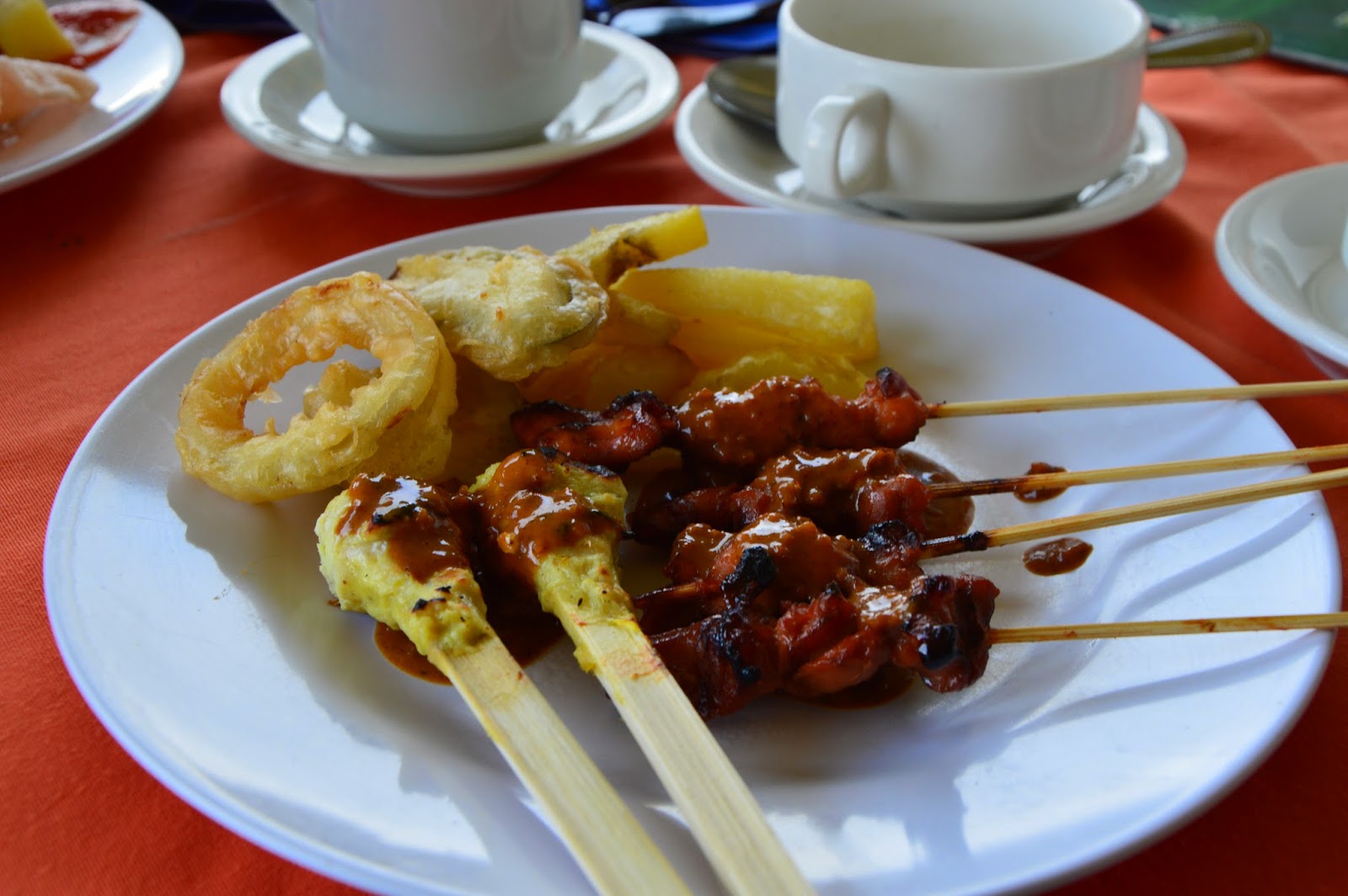 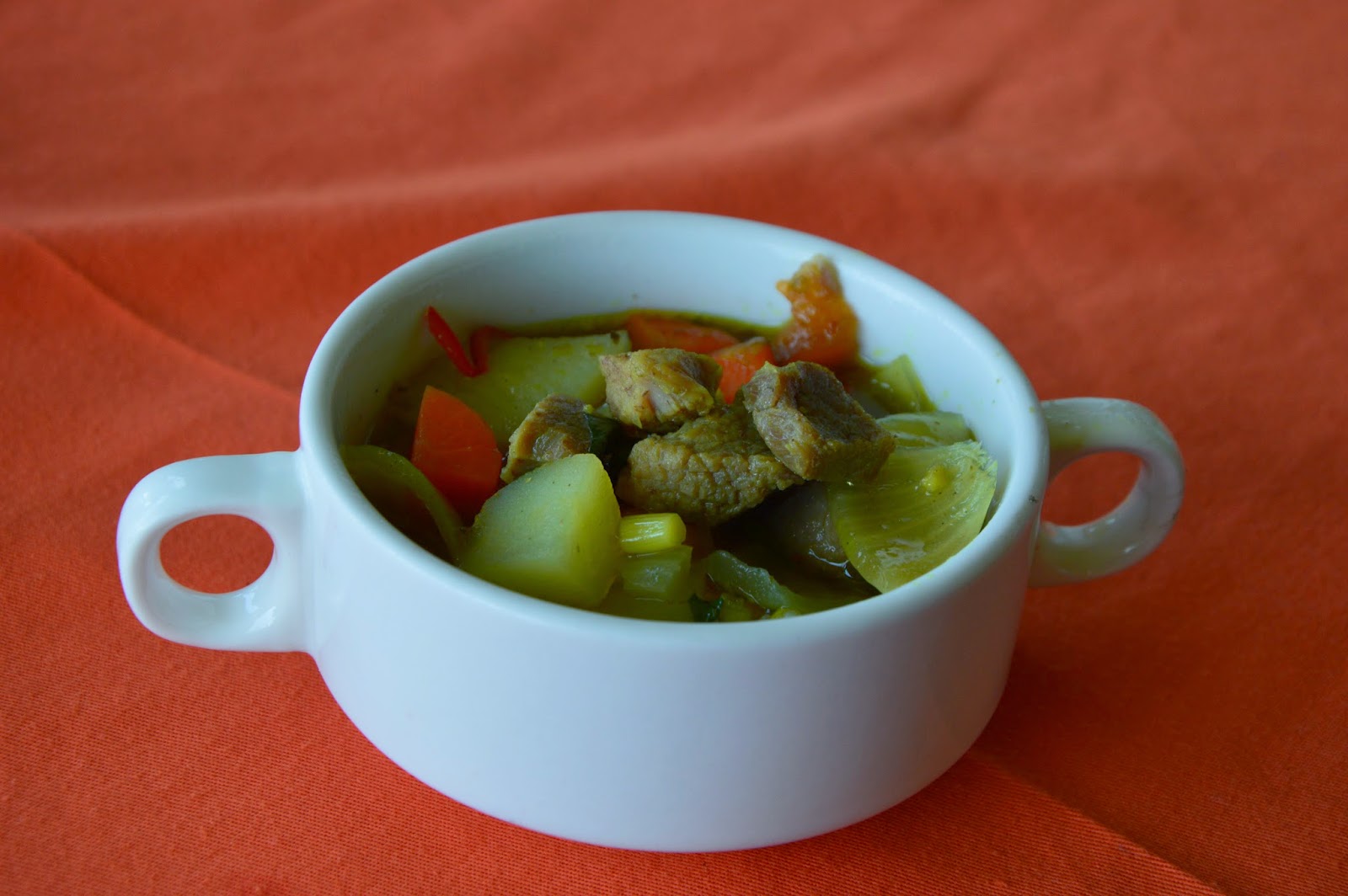 From Kintamani, after praying our Zuhr & Asar jamak prayers at the musolla in the restaurant, we continued our journey to the coffee plantation. We were shown how luwak coffee is being produced, where an animal called luwak will choose and eat the best coffee beans, and the undigested beans will be excreted by the animals. These beans will later being washed, cleaned and processed to make the lovely luwak coffee, which can be priced at Rp200,000 per 60gram of coffee powder (RM56). 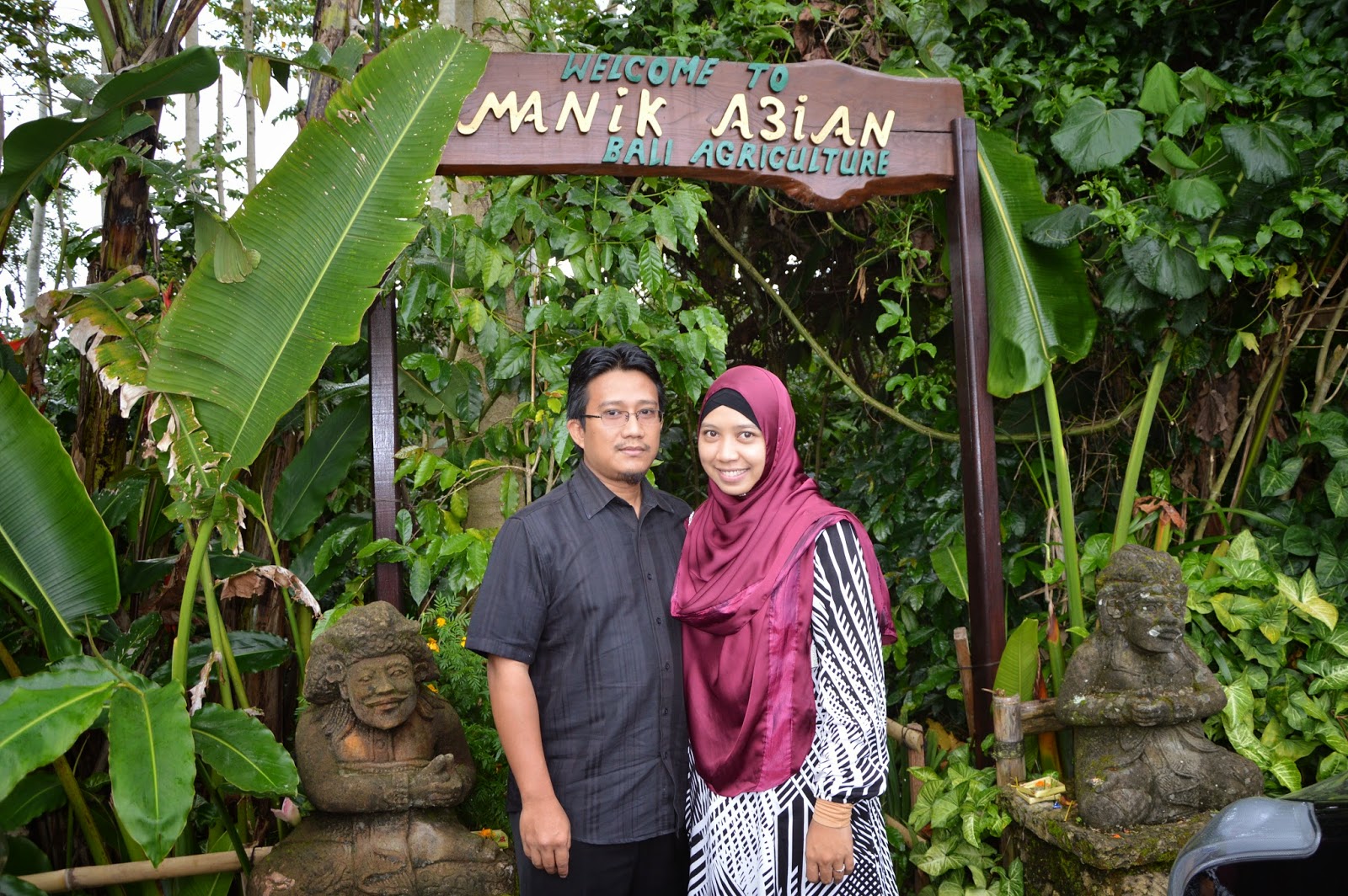 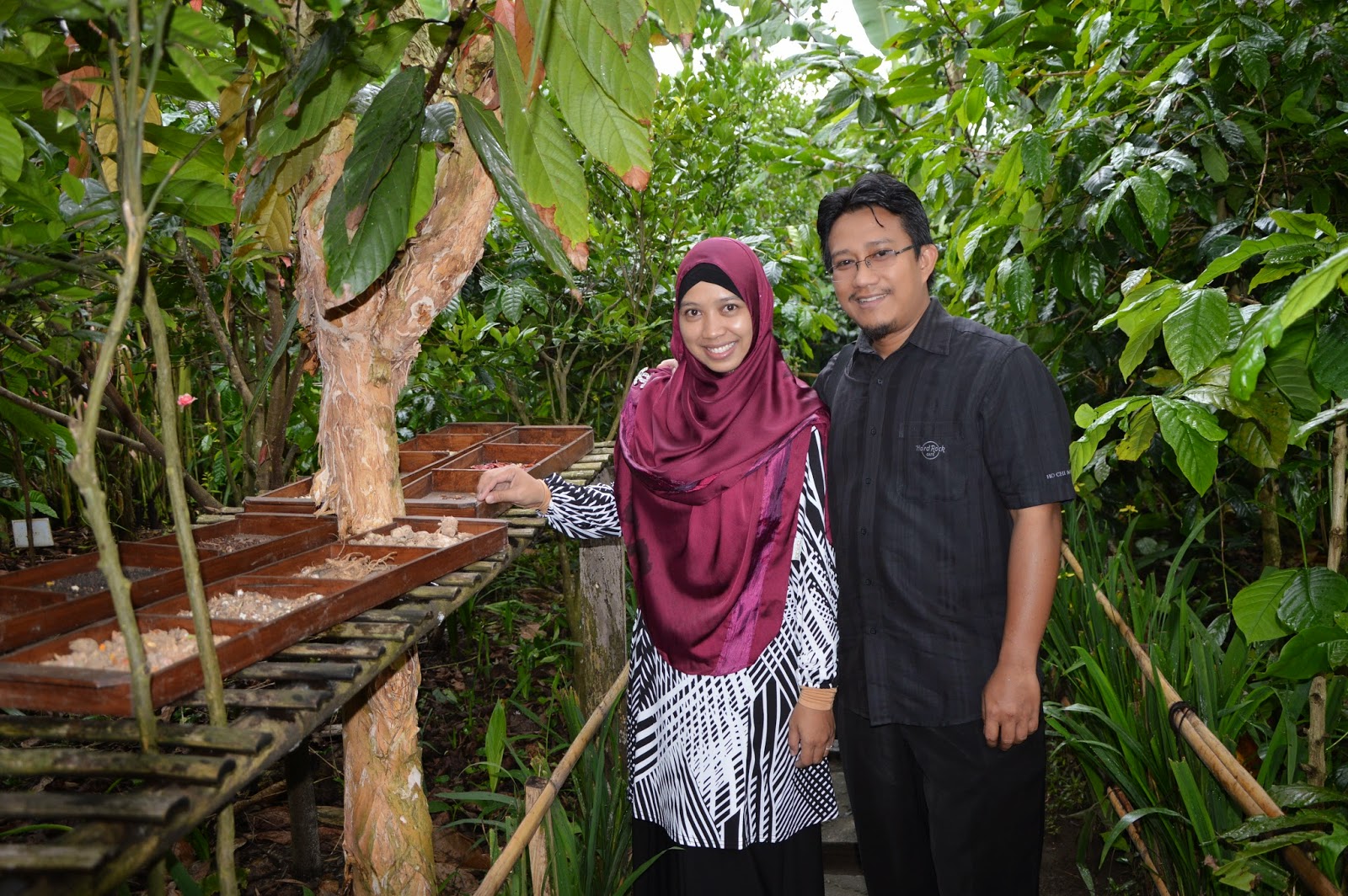 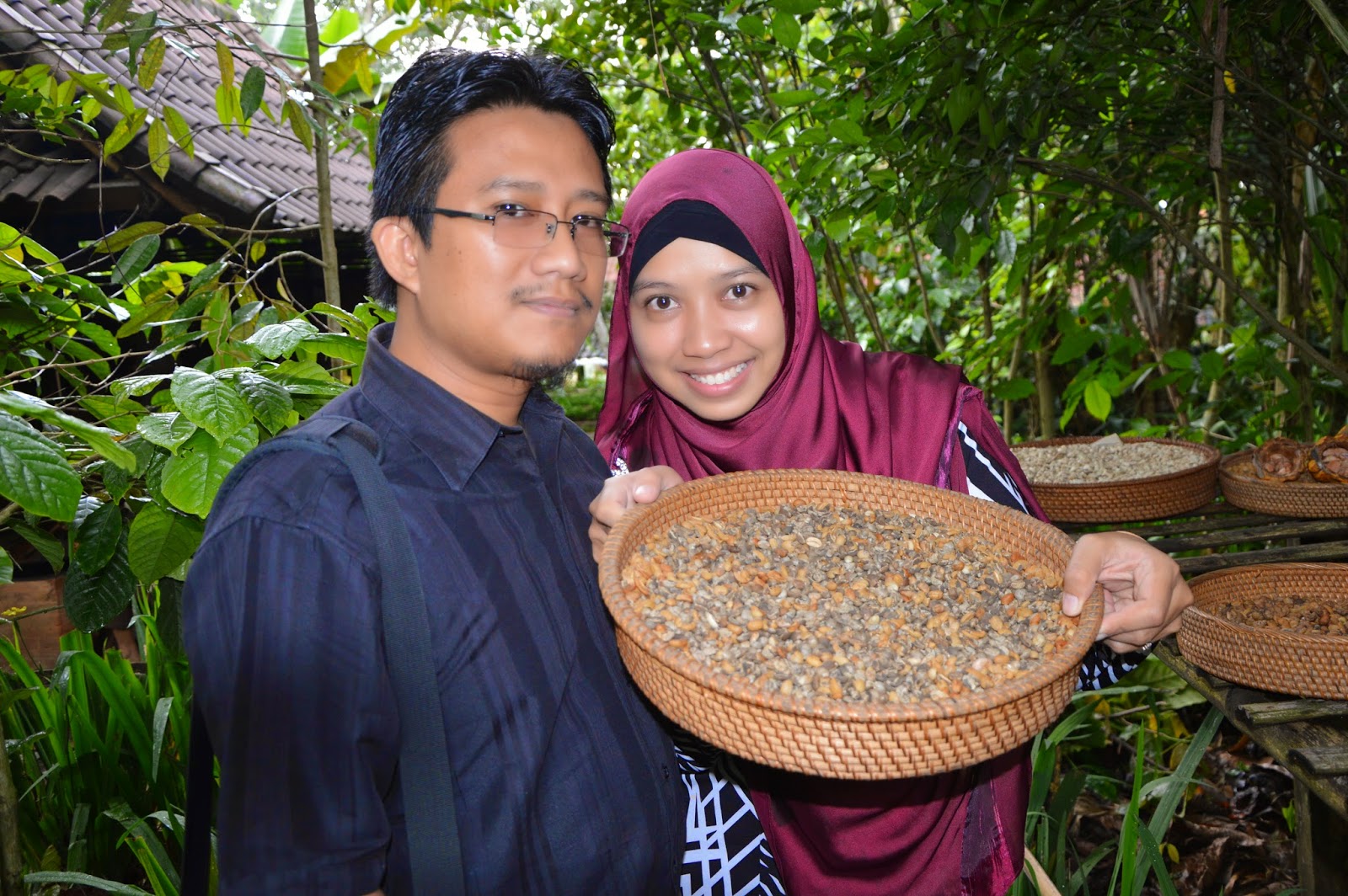 We learned how the coffee beans were rosted manually to retain the aroma as well. Later on, we were given samples of coffee including sweet potato coffee (my favourite), lemongrass tea & ginger tea. The view was outstanding and we took nice photos here. I bought some coffee for my mom &  my mother in law, and we proceeded to our next destination. 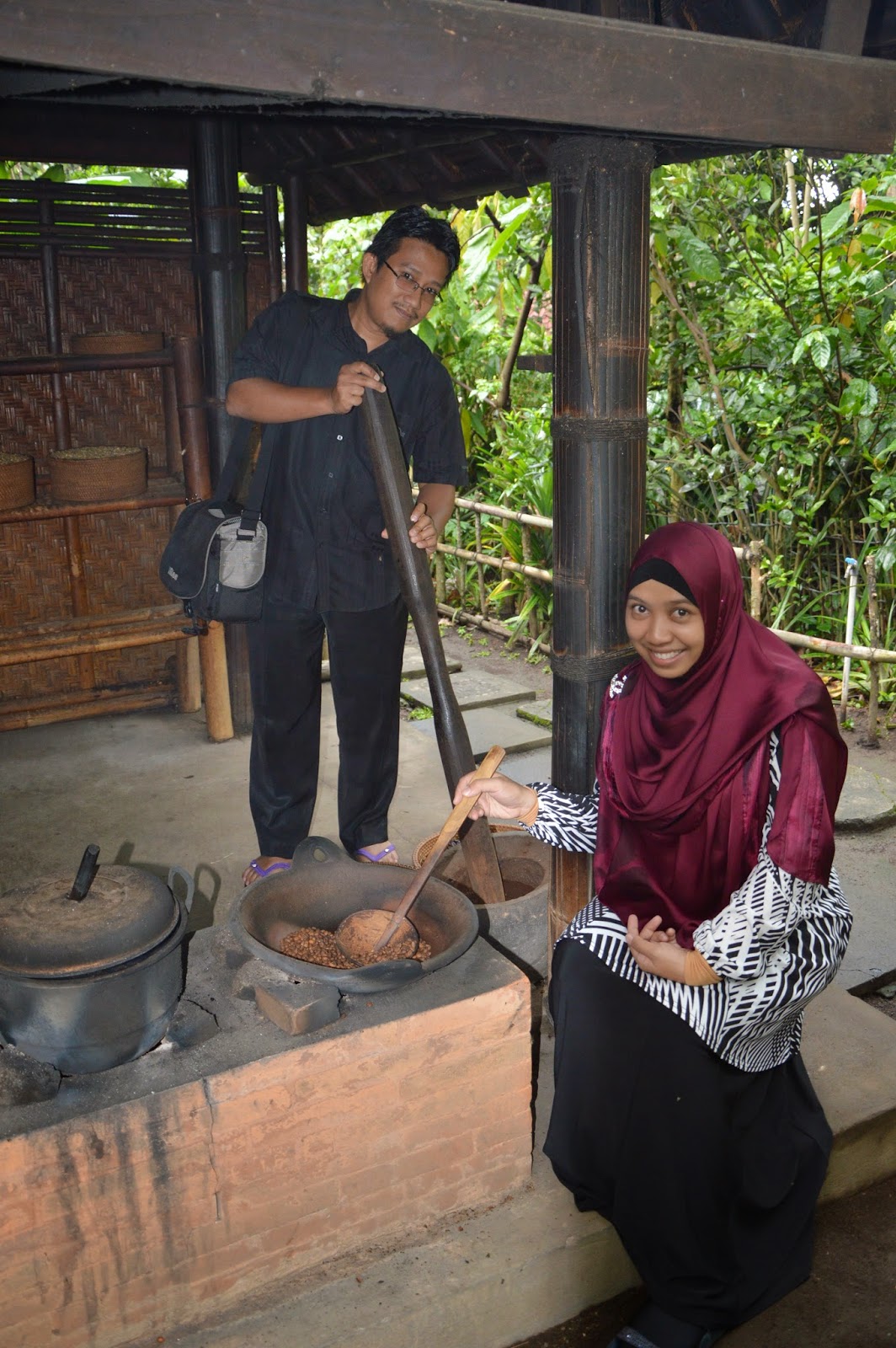 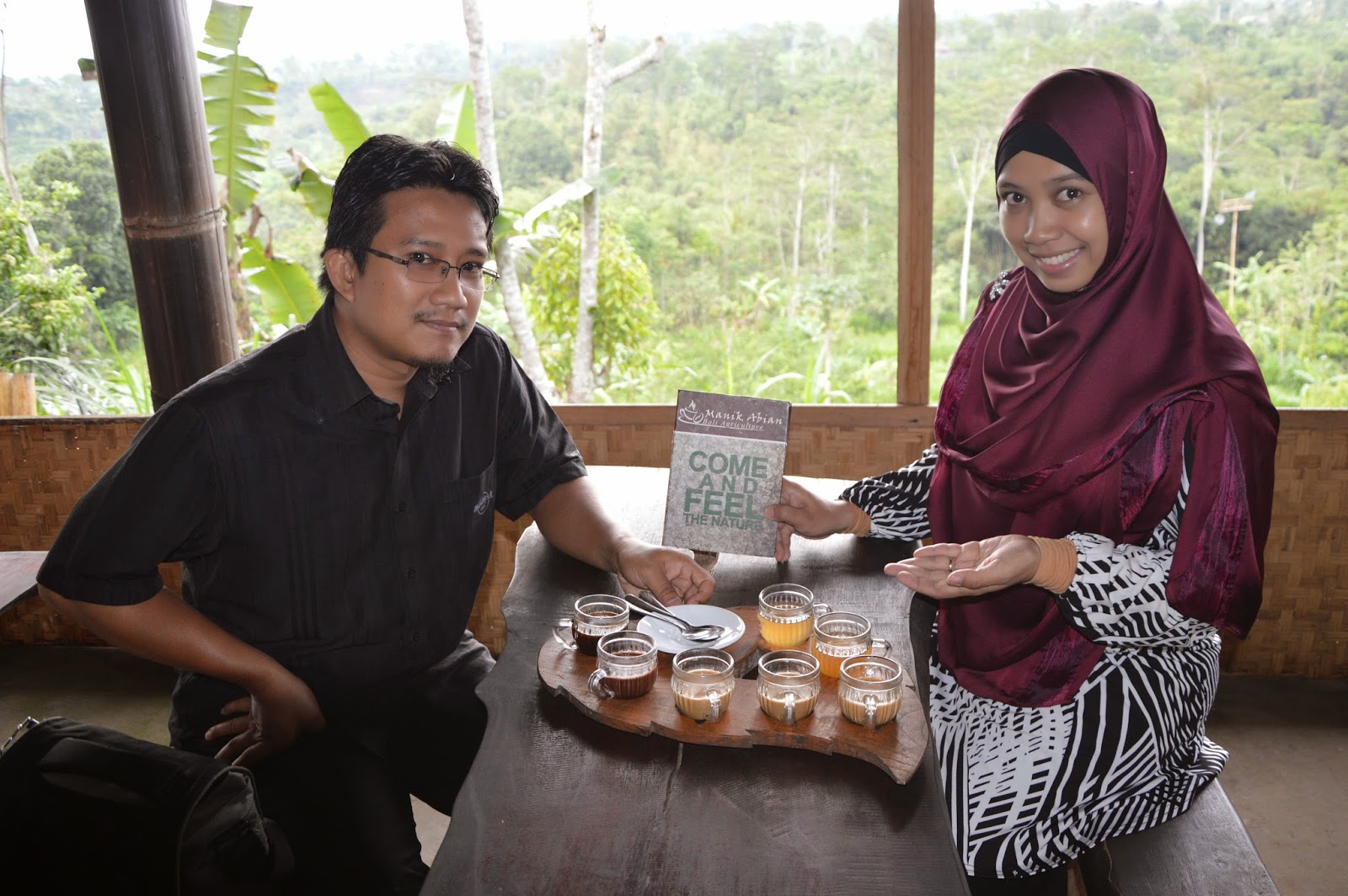 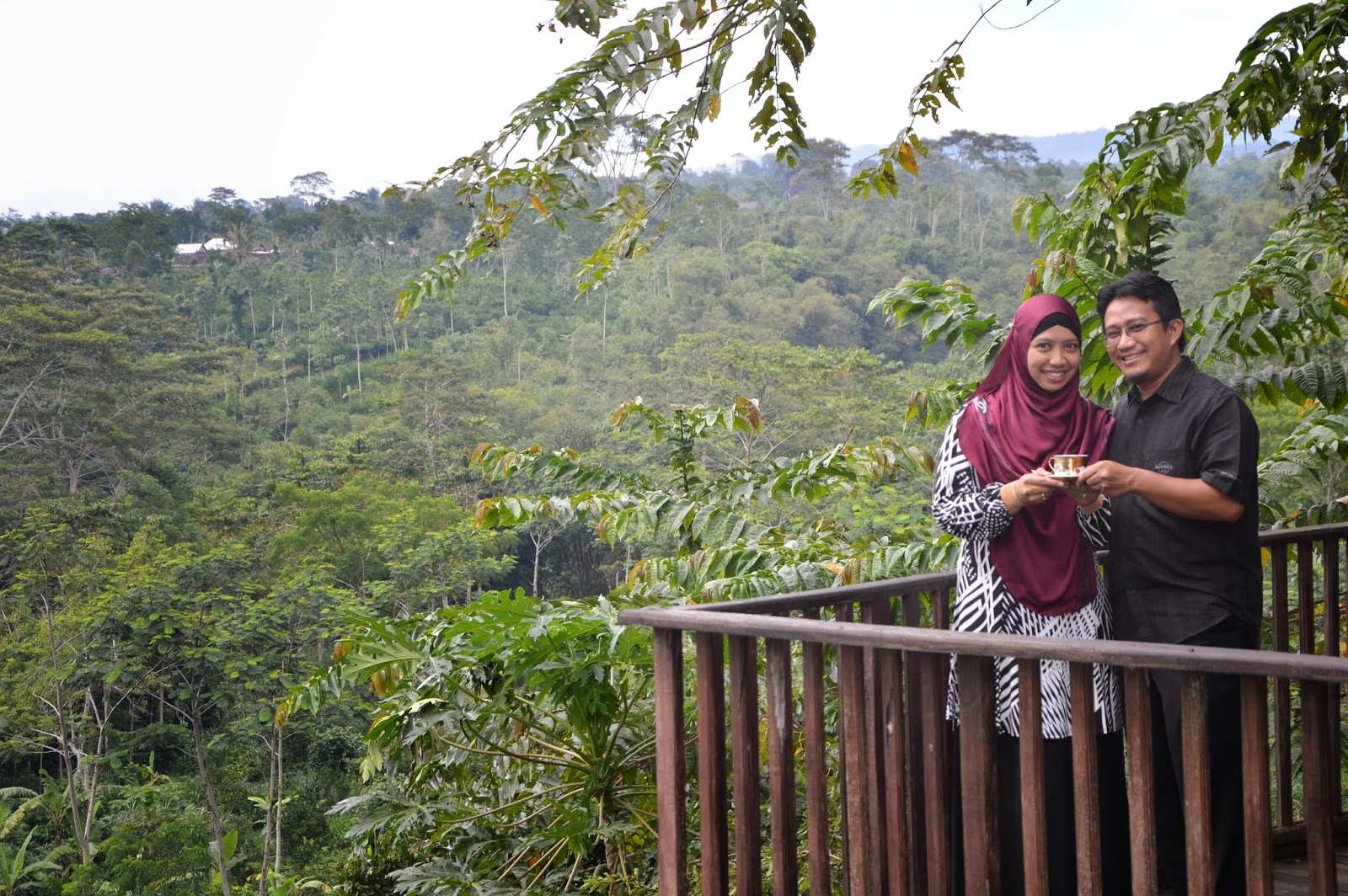 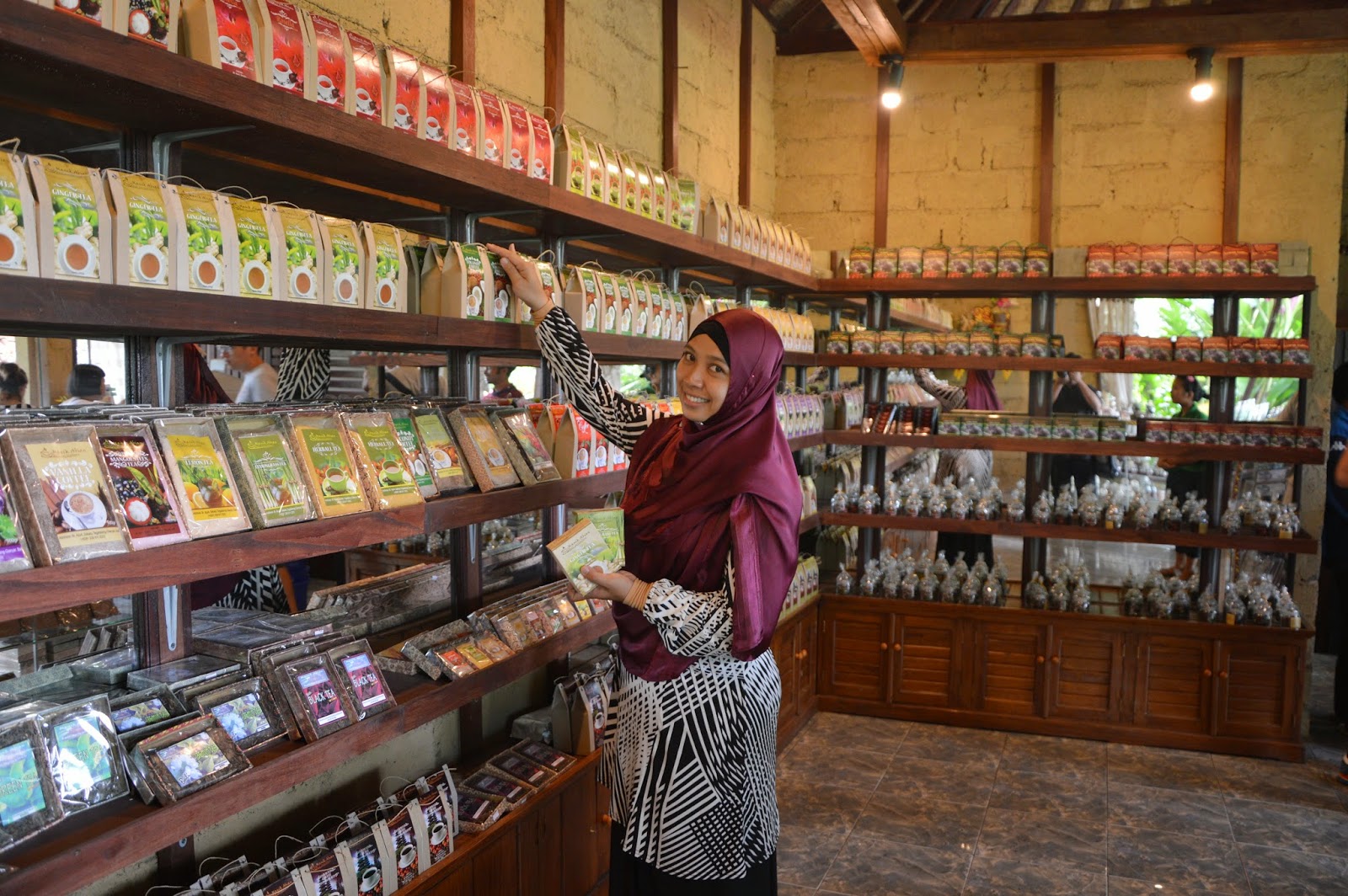 We stopped over at Tegallalang village with the signature hill which was made of paddy fields, and it feels like a dream come true. We got married at early age with limited financial resources, thus we never had a chance to have a nice wedding photoshoots. I always dream of taking photos at a paddy field and today my dream did came true, Alhamdulillah. The entrance fees was Rp20,000 (RM5.60) for two person. 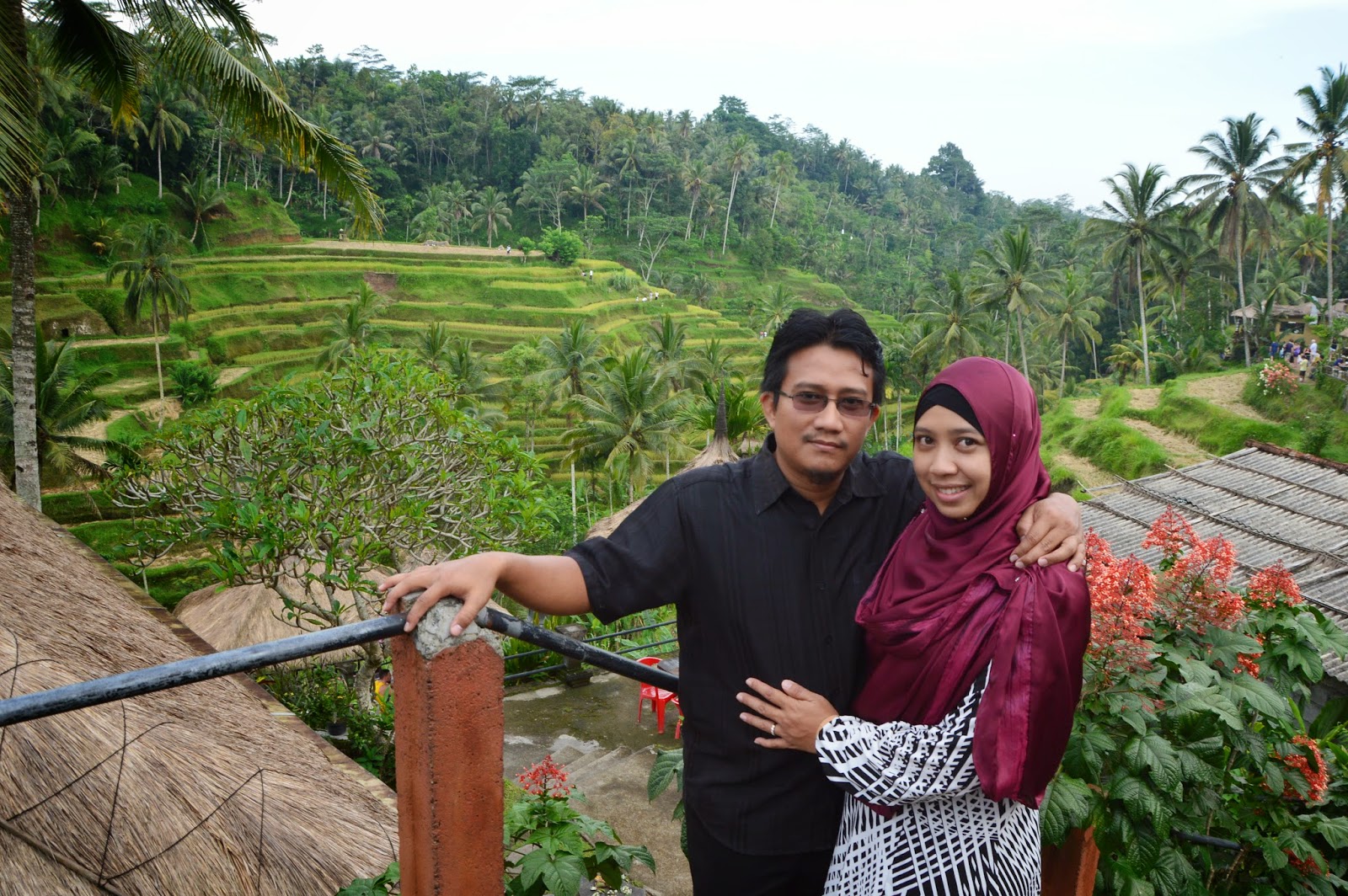 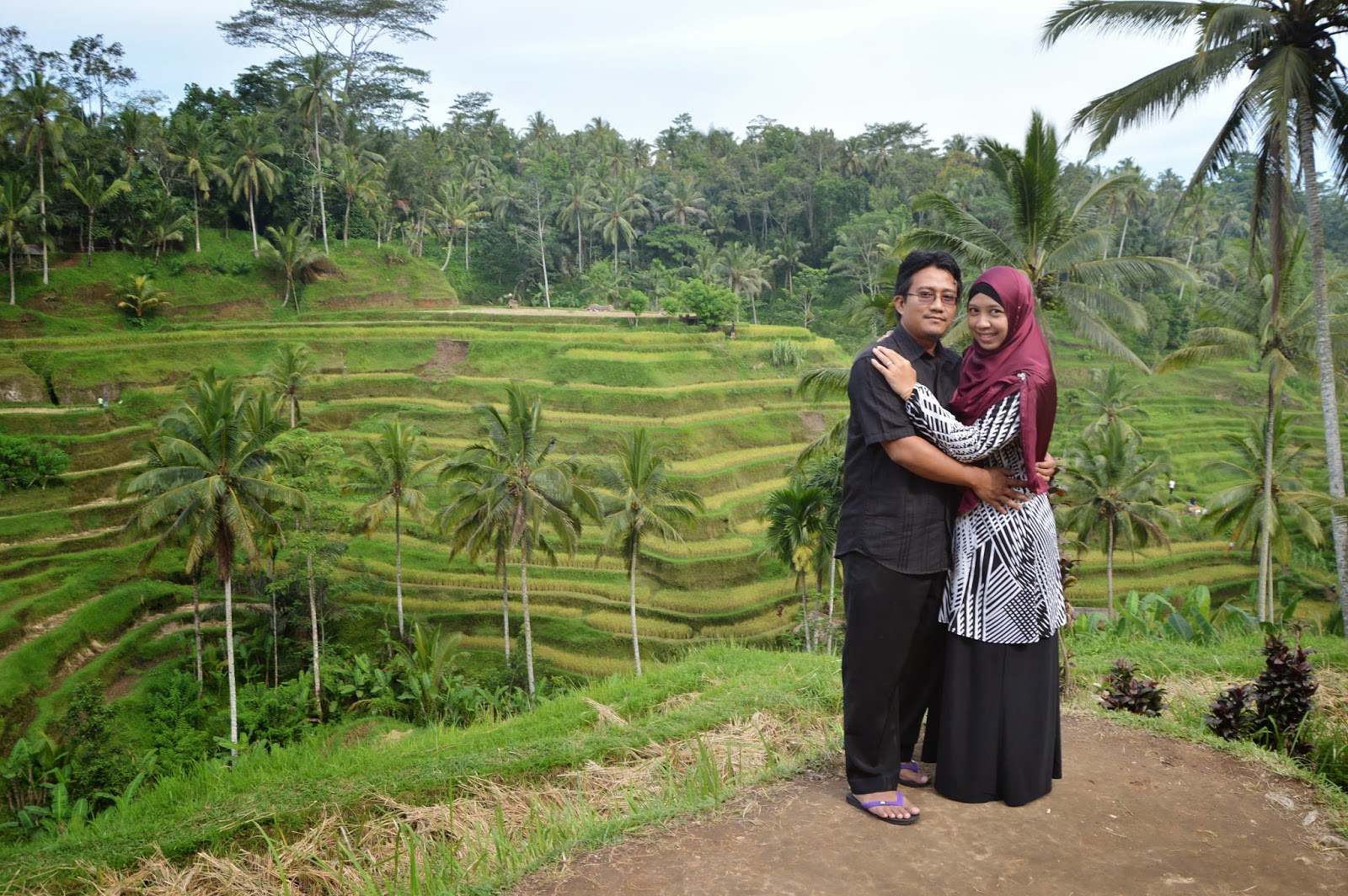 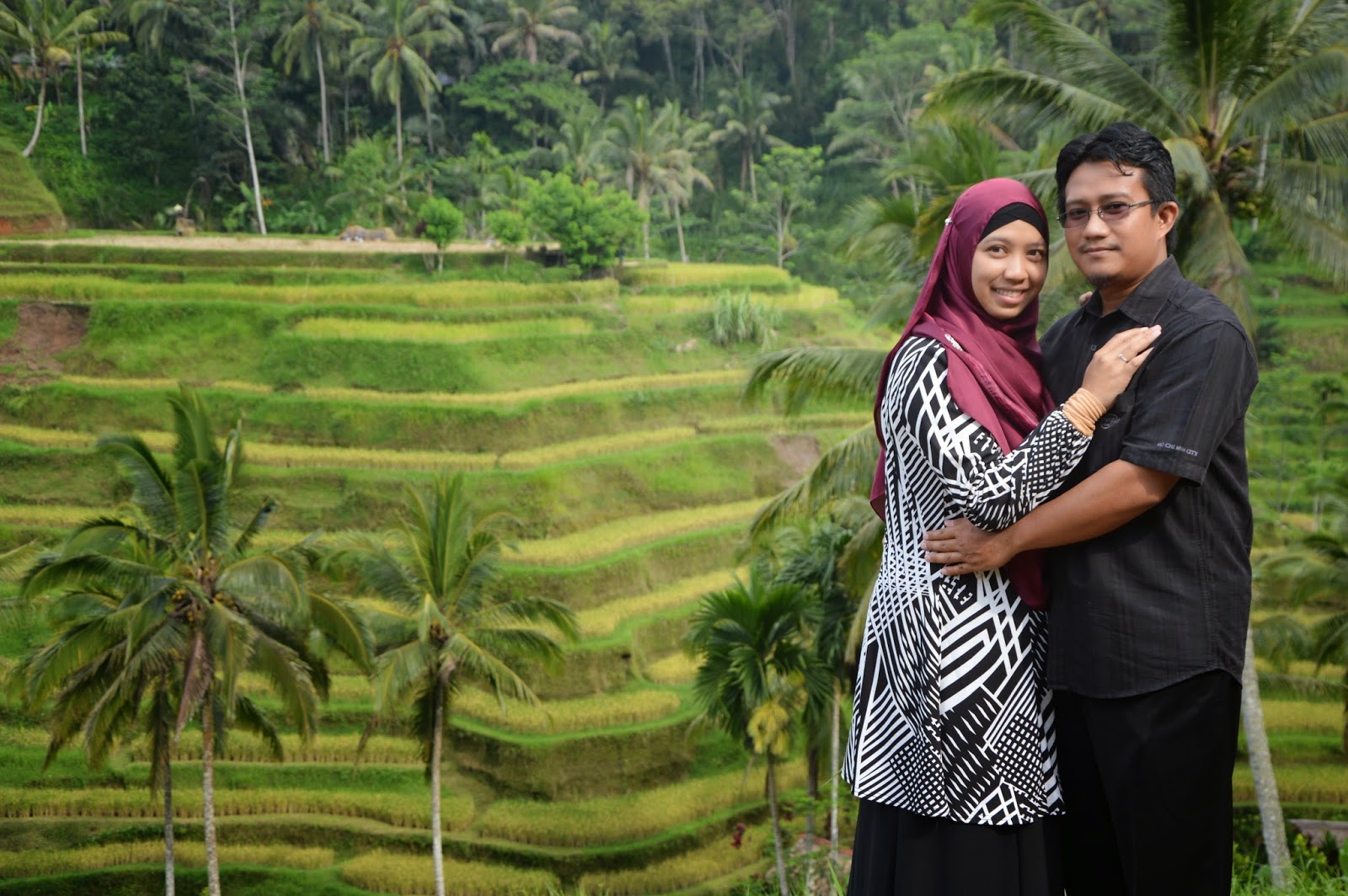 From Tegallalang, we decend further to Sanur to see paintings & silver craftery. One of the shops was so beautifully decorated that it felt like we  have stepped into a fantasy land.

By the time we reached Kuta, it was almost dusk. To cap the day, we went for dinner at a nice restaurant in Seminyak. If the food choice and the taste didnt blew you away, the price tag will! For the three of us, including the tourist guide, it only cost us less than Rp100,000 (RM28). 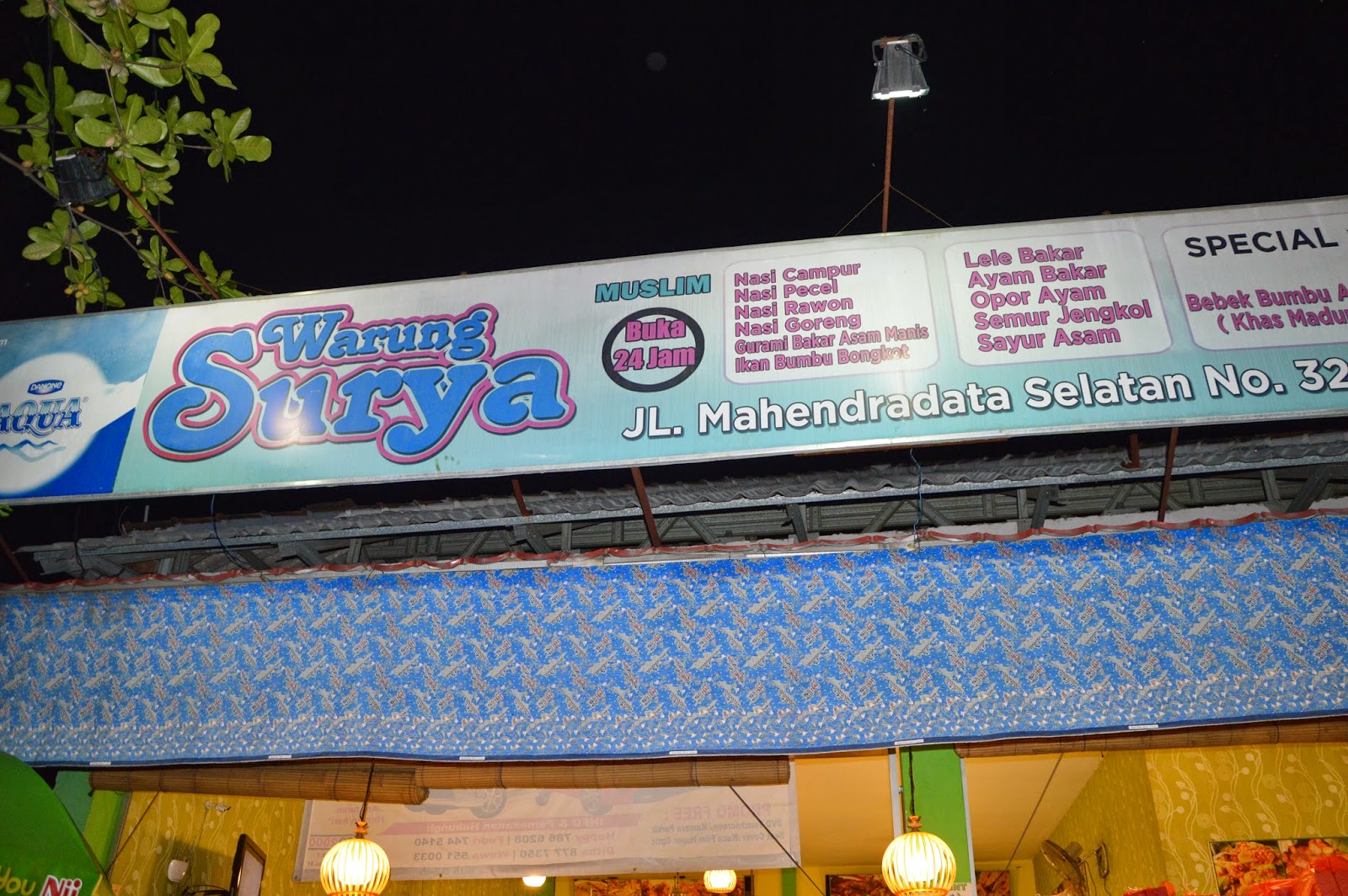 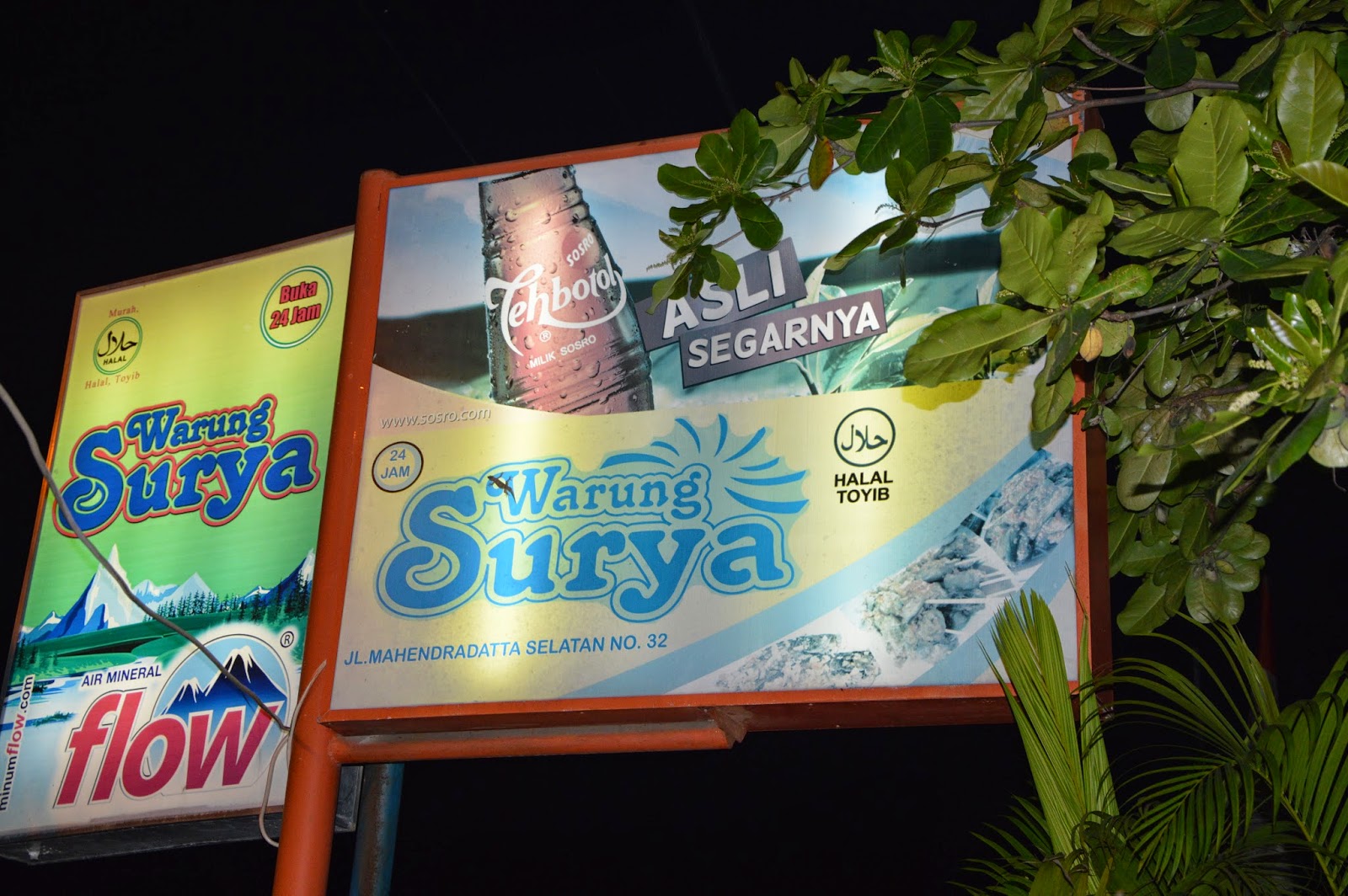 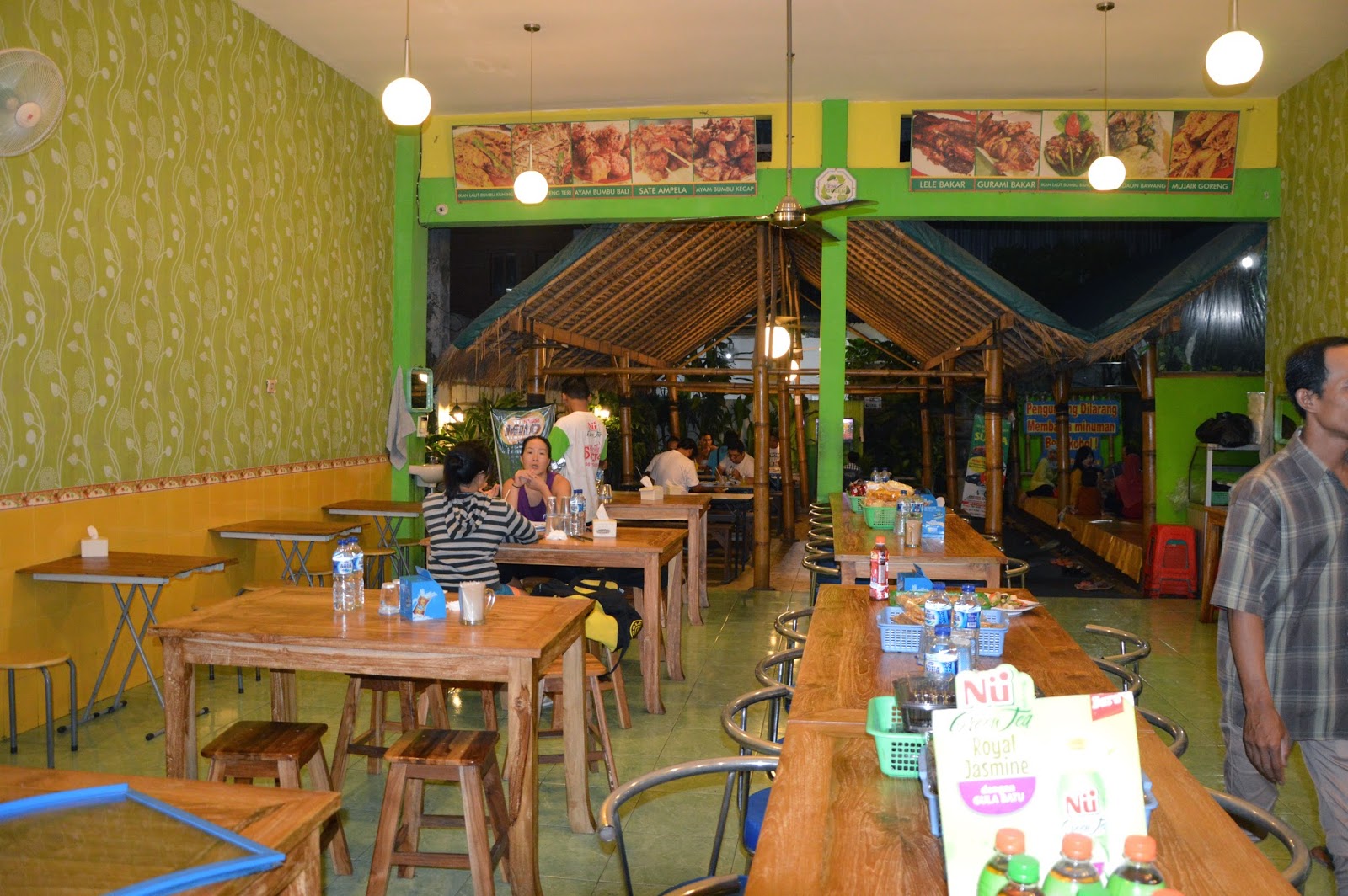 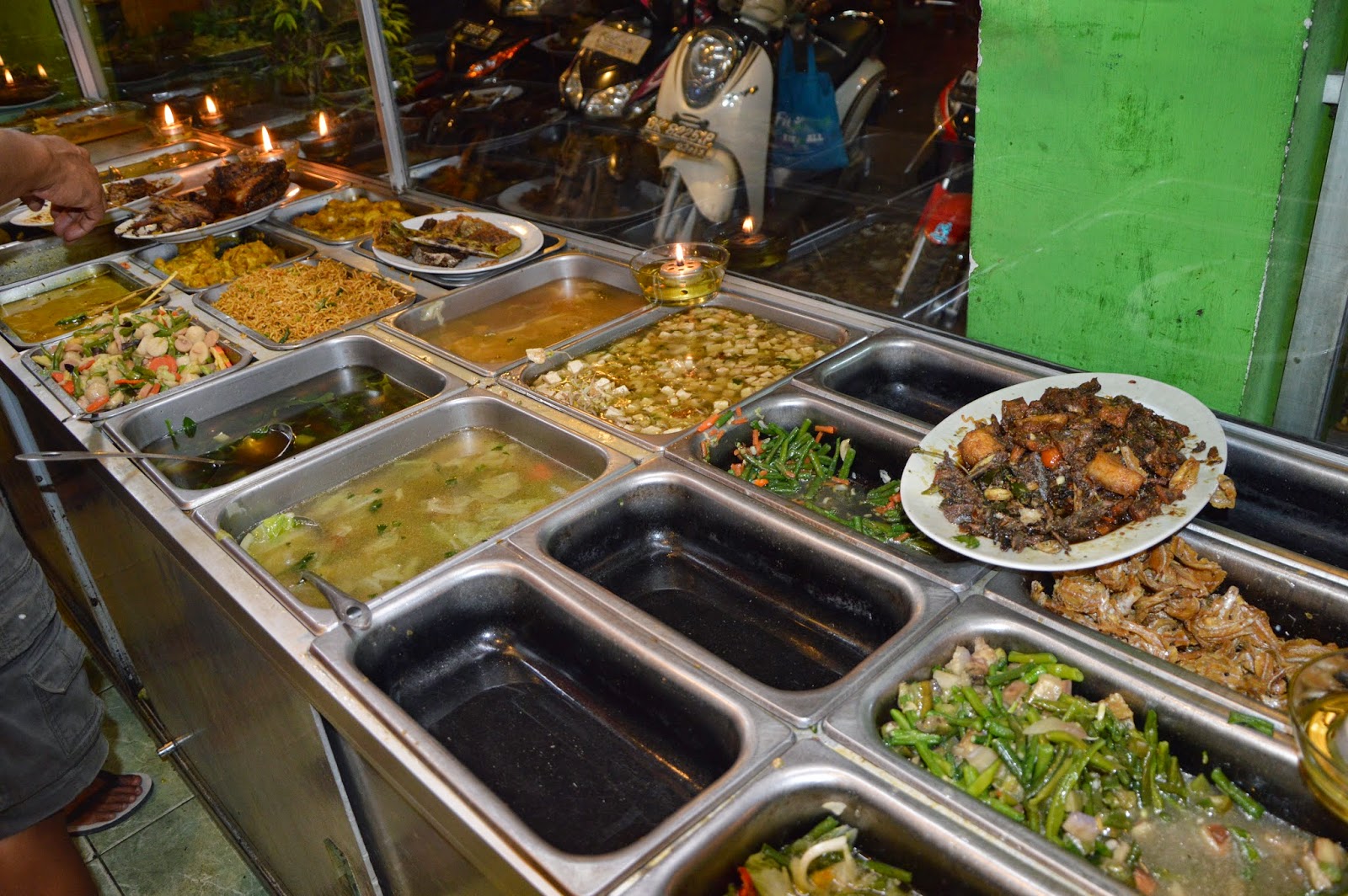 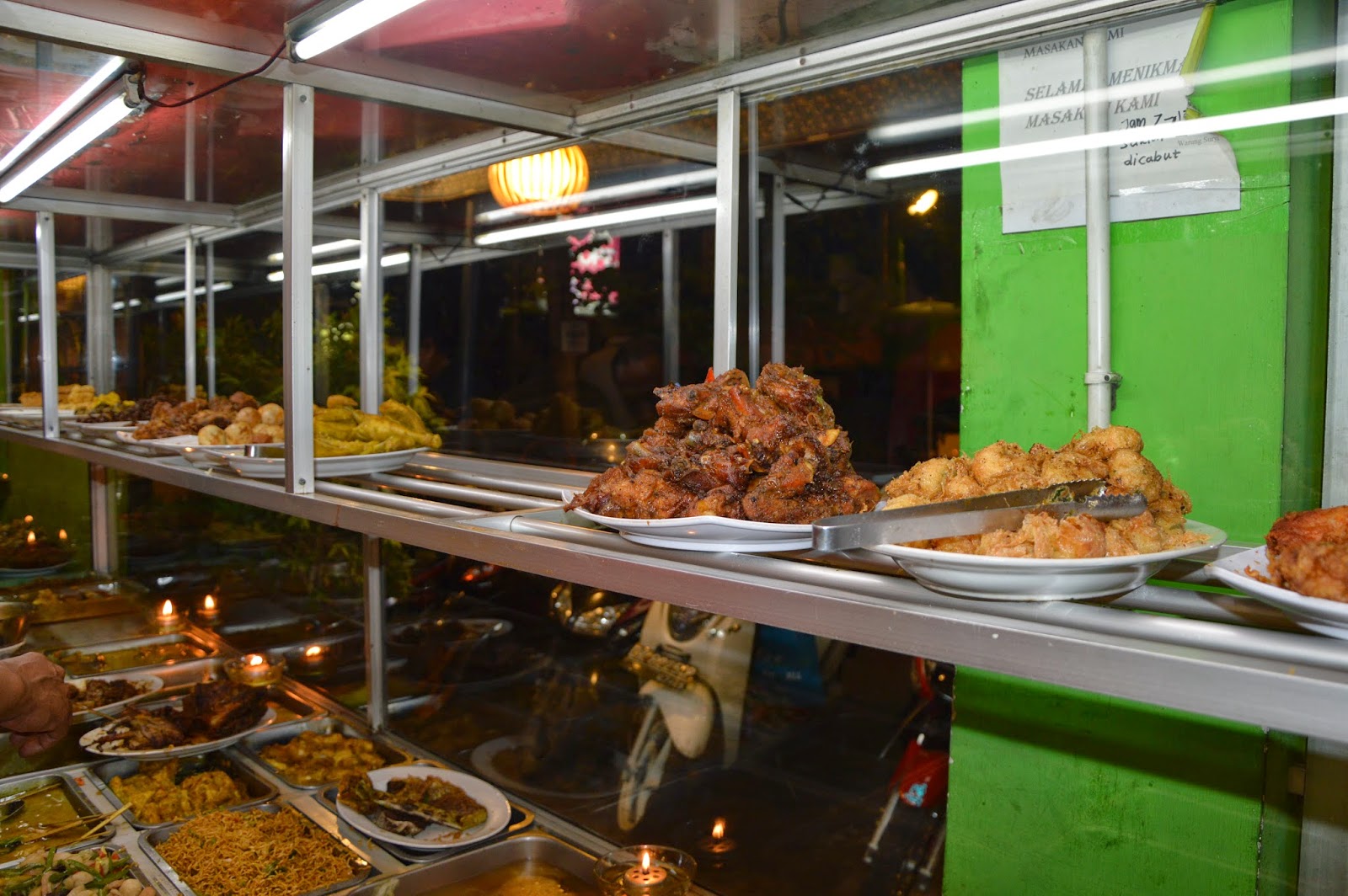 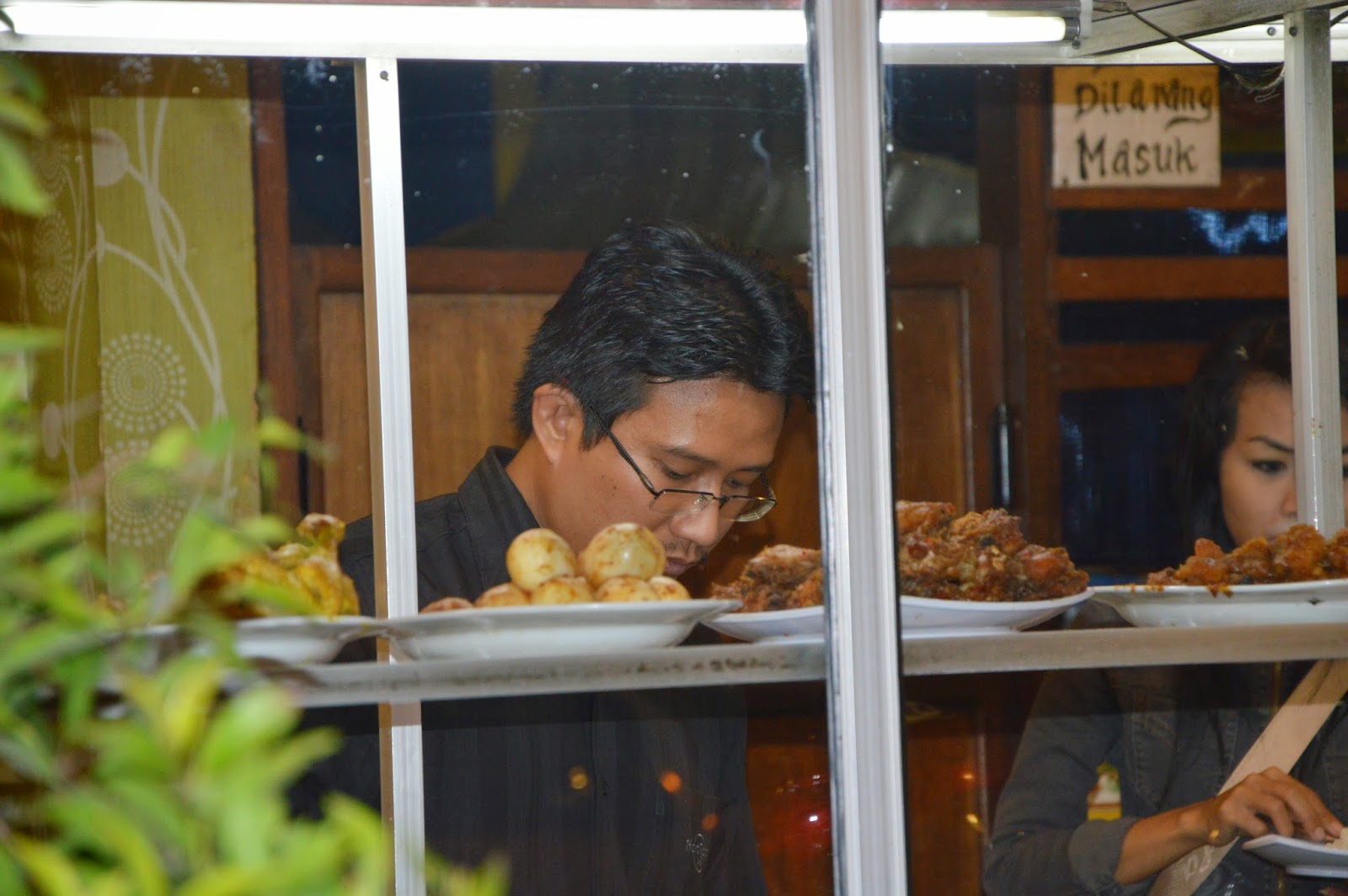 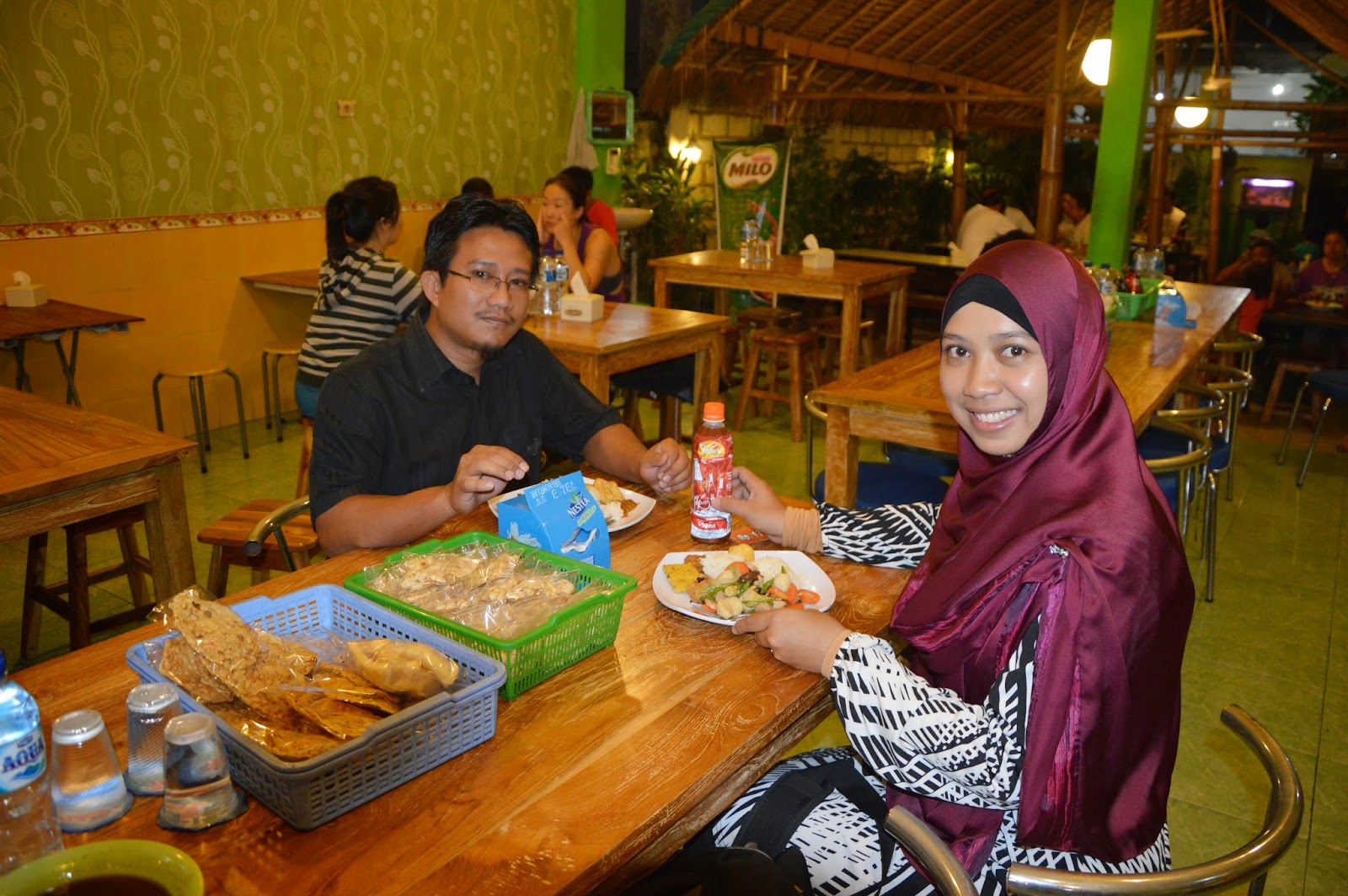 After reaching our villa, the receptionist offered if I want a spa treatment at the convenience of our private villa . How could I resist! It was a two hours massage & lulur (mask), including hair mask, for Rp385,000 (RM108), where in Malaysia a similar treatment in a spa could cost up to RM250. 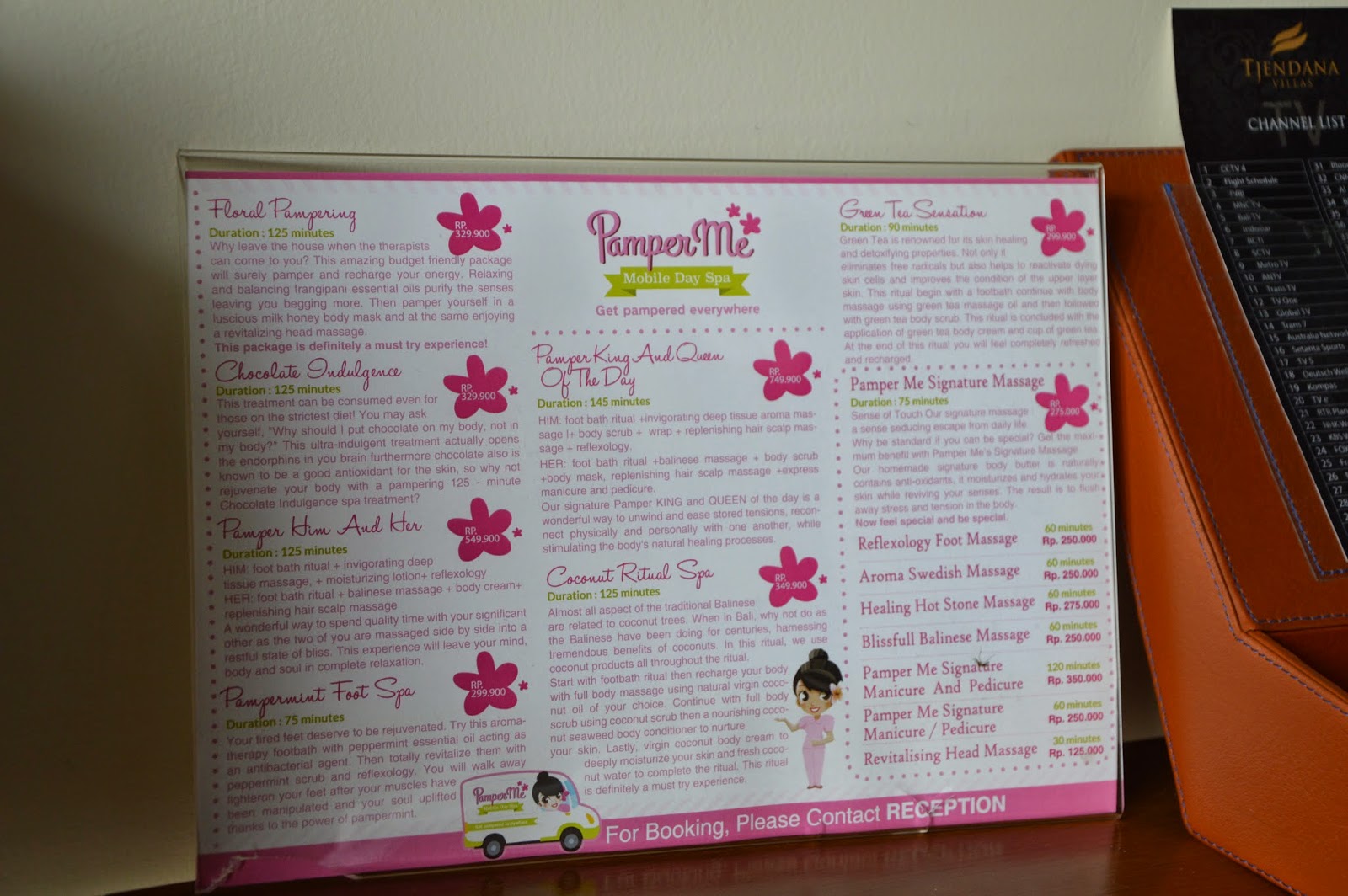 After packing, we called it a day as we had to leave early at 9am the following morning to catch our flight at noon.

Bali has so much to offer & I was completely blown away by the beautiful beaches, the tasty food, the kind and polite people and the wonderful adventures of Nusa Dua. There are still a lot more to see including a cruise to Lembongan, Safari, wonderful zoo and chasing dolphins in Lovina. And for that, I won't say goodbye Bali, but "see you again, Bali"