According to Rasulullah,it is the day Fir'aun was killed & prophet Musa AS achieved victory

The only thing we can do on 10th Muharram is fasting
- cannot "celebrate" the death of Hussin by eg cooking special food (bubur asyura) , wearing eyeliner , wearing beautiful clothes
- no special bath (only allowed in Eid, ihram, jumaat)
- no mourning of saidina Hussain being martyred
- no hitting their body/ cut their body

The Karbala war
-70 Muslims vs 1000 musyrikin: they fight till the end & managed to fight for 1 whole day
- saidina Hussain was martyred

✨The major signs of the day of judgement ✨

Iman: believe in your heart of things you never feel/taste/see
- testify it is true
- convince it is true
- ready to die for it

If we believe in the prophet at this time, we are special as we never meet Rasulullah.
Rasulullah called us his brothers, his sahabah as the companions

✨The coming down of Prophet Isa ✨

He is the only one who can kill Dajjal

He will come down on the back of an angel but we cannot see the angel, so it seems like he is coming down on his own

How did Prophet Isa ascend to heaven?
- no prophet between Prophet Isa & Rasulullah (571 years) as the last & final prophet (khatimil nabiyyin)
- khatim: ring to seal letters - Rasulullah used it (sign of administration) 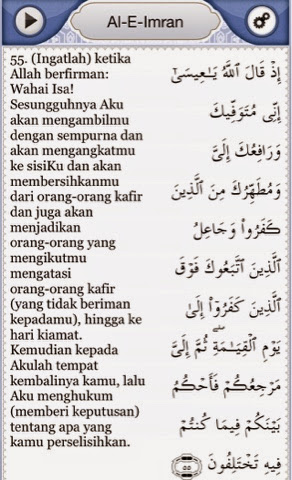 Surah Ali Imran:  Allah told Prophet Isa He will make him wafat (put to sleep), and "raise you towards Me, and we will purify you from the disbeliever"

Maryam was scared when she saw the angel that appeared in her mihrab. The angel said he is the Abdullah, and he told Maryam the baby she will concieve will :
1) speak in her cradle (cradle is good for babies, get use to movement to the right & left)
2) speak to people when he is 50-65 (almost turning to old man) - kahla
But Allah took him at the age of 33, so we know prophet Isa will come back

When we boasts about our life, our status, wealth, when we die, we are put under the earth, we are lower than earth

When we go to sleep, the time stops for us, but Allah resurrect us in the morning & He takes good care of us while we are asleep

Surah Az-Zukhruf 57-61
- Prophet Isa is the sign of the day of judgement
- Ibnu Abbas translated this verse: he is the scholar of the ummah (Rasulullah always make doa for him , may Allah make him Faqih in his religion) --> he will come down before the day of judgement
- imam thabbari: the coming down of prophet Isa is the sign that the judgement day is near & the world is coming to the end

The miracles of prophet Isa
- his birth
- able to talk when he was a baby
- wake up the dead with Allah's will
- the blind become better
- the leper was healed
- birds made of clay, blew & it become alive
- he was raised to heaven & will come down
- from the ahli kitab will all believe in him before they die (willingly or unwillingly)  , he will testify for them (prophet Isa will use his sword against those who disbelieve that he is NOT God)

When prophet Isa comes down, there will be war

How do we know that he is indeed Nabi Isa AS?
1) he will declare he is Nabi Isa
2) he will kill all the Christians & destroy the cross
3) killing of the pigs (Christians not allowed to eat pork in the Old Testament)
4) he will not accept jizyah (either you are Islam or not)
5) abundance of wealth until there is nothing more enjoyable than sujud , all Muslims love to pray & women wear niqab
6) he will kill Dajjal

He will live for 40 years, then he will die & the sahabah will be performing solatul jenazah for him

Then the cold wind will come from Shams (Jordan, Syria, Lebanon & Palestine) & all Muslims will die once they breath in the wind (peaceful death) , even those with a thread of Iman will die