How do they look the yaajuj & makjuj
Khalid bin abdillah narrated the hadith
- the aunt (his mother's sister) teach the sahabi about this hadith
Rasulullah saw gave us the khutbah while wearing a head bandage as he was bitten by a scorpion. He told us, "are you thinking there is no enemy? And you will keep fighting till yaajuj & makjuj. The ummah will always be in jihad (and the Yaajuj & Makjuj will have these features)
- large head
- small eye (like Chinese)
- hair black to red in colour
- coming to the cities from the mountains (like ants , a lot)
- faces full of flashes (fat/ mongoloid features)

In the Quran, yaajuj & makjuj will come from every corners (north south east & west) - Surah anbiya

Hadis : in the day of judgement Allah will say, "oh Adam", he replied , "yes Allah." Allah said," I command you to tell your protege to hell."

Then Rasulullah said," then they will be like a piece of white on the skin of black, or a black on the white skin of a bull (easily recognizable).   And I hope Allah will make you 1/4 of all people of Jannah , & we made takbir

Then Rasulullah said, "and I hope Allah will make you 1/3 of all people of Jannah" , & we made takbir

Then Rasulullah said ,"and I ask Allah to make uou  1/2 of the people of Jannah."

Morale:
- yaajuj & makjuj will be majority of the people of hell
- yaajuj & makjuj are humans like us
- Rasulullah SAW has a special place , his doa will not be rejected by Allah SWT in shaa Allah, so we must remain steadfast to gain Allah's help

Hadith: yaajuj & makjuj : the last person from Y&M will have 1000 children (plenty of kids) & no one of them die until he sees them ready to fight (they live a long life)

How do they come out?
- digging the dam that Zulkarnain (abdun, Mukmin) built (not Iskandar Zulkarnain @ Alexander the Great who is a kuffar)
200 years before Alexander the great.
- Zulkarnain found a place in the east, they don't understand the speech
- the dam was made with iron & cover it with copper - new technology - stronger than rocks once cold
- yaajuj & makjuj are not smart, they only dig, they cannot build anything to cross or climb onto the dam

When they come out
- Dajjal already defeated
- Nabi Isa is living peacefully with the believers
- yaajuj & makjuj comes & kill a lot of people almost everyone except those who have been hiding . Then they are happy & proud & they shoot the sky. Allah return their arrows with blood so they think they have killed the people of heaven as well, and that made them proud of themselves.

Nabi Isa & the believers will hide in Thur mountain 700m above sea water in Palestine. At that time the head of the cow is more valuable to the believers than 100 gold dinar to you. (Time of great difficulty & famine)
Nabi Isa will make doa & Allah will send a virus (naghaf) which normally live in the nose & ear of lambs.

Yaajuj & makjuj feels like they are so strong, they are being beaten by a small bug. They will be eaten from the neck & they all die at the same second ( same like Fir'aun was beaten by water, and namrud beaten by a mosquito). Rasulullah said "by the name of Allah, all animals will be sent to eat on the bodies but they will be a lot of bad odor so Allah sent animals from the sky that looks like camel with 2 humps, and took the bodies away (possibly sent to ocean)

Then Allah sent a special rain that all the house made of clay & tent will be wet. Then there will be plenty of bounties

Then Nabi Isa & the believers live peacefully for 40 years till Nabi Isa die. The believers shower him & bury him & not long after that the breeze will be sent

The breeze when we smell it, we'll die a peaceful death

Then only the bad people are left - start killing one another, & people having sex in front of other people. (Note: whoever watch pornography, he/she is witnessing an act that is a symbol of the day of Judgement drawing near)

Lake tabariat - now it is 44m deep, but it goes dry as the yaajuj & makjuj drank it up (a lot of them)

The name of yaajuj & makjuj
- non Arabic word adopted by Quran
- yaajuj : from aajatinnar (the fire that become very strong) - an ugly nation like fire that destroys everything on its way
- water of ajjaaj - very salty water (extremely unpleasant)
- al-aj - facing an enemy that very merciless & fast

Is the dam built the Great Wall of china?
- no as GWC was built by the emperor of China (not Zulkarnain)  & it was made of bricks & stone (not iron & copper)
- GWS has been broken several times  but the dam has never been broken 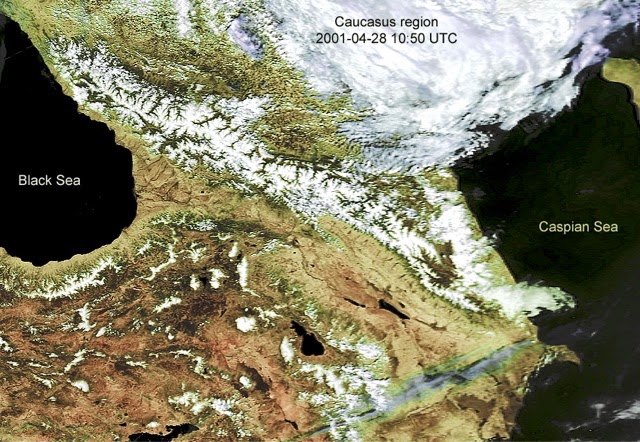 The best soldiers that will emerge at the end of time according to Rasulullah SAw : Iraq, Syria, Yaman (morale: watch the news!)
Posted by Dr Aisyah at 04:55